For 1,400 years, an underground burial chamber lay untouched in the British countryside, hiding its long-dead denizen and his royal secrets.

Then, in 2003, construction workers in the town of Prittlewell (about 40 miles from London) were expanding a roadway when they stumbled upon the remarkable tomb. Over time, researchers unearthed a lyre, gold coins, a golden belt buckle, and luxury items like drinking horns and bowls.

Unfortunately, the body of the occupant’s body had long dissolved due to the acidic soil in this part of the UK; only tiny fragments of tooth enamel were left behind.

The lack of human remains made it almost impossible for researchers to identify who the grave’s owner was. But analysis of the other artifacts led archaeologists to believe that a Christian Anglo-Saxon prince had been entombed there.

Now, after more than 15 years of excavation and restoration work, archaeologists from the Museum of London Archaeology (MOLA) have discovered that the tomb may be the site of the earliest Christian royal burial in Britain.

The researchers used radiocarbon dating to determine the age of the gold coins, and extrapolated from there.

“The dating has helped us to clarify who it might or might not be,” Sophie Jackson, director of research and engagement at MOLA, told Business Insider.

“Initially we thought this could have been King Saebert…but we know that he died in 616, and this man is likely to have been buried in 580s or 590s.”

King Saebert is believed to have been the first Saxon king from this part of Europe to convert to Christianity. The MOLA archaeologists now think the tomb belonged to Saebert’s younger brother, Seaxa.

Jackson said in press release that the finding could be seen as a British “equivalent to Tutankhamun’s tomb,” since the splendor of this Anglo-Saxon prince’s tomb rivals that of the Egyptian ruler better known as King Tut.

“This is one of the most significant Anglo-Saxon discoveries this country has seen,” Jackson said.

Here are 21 images of the archaeologists’ impressive findings.

1. The burial chamber was constructed from timber, though the wood has long since decayed. Only stains and impressions of the structure in the soil remained. 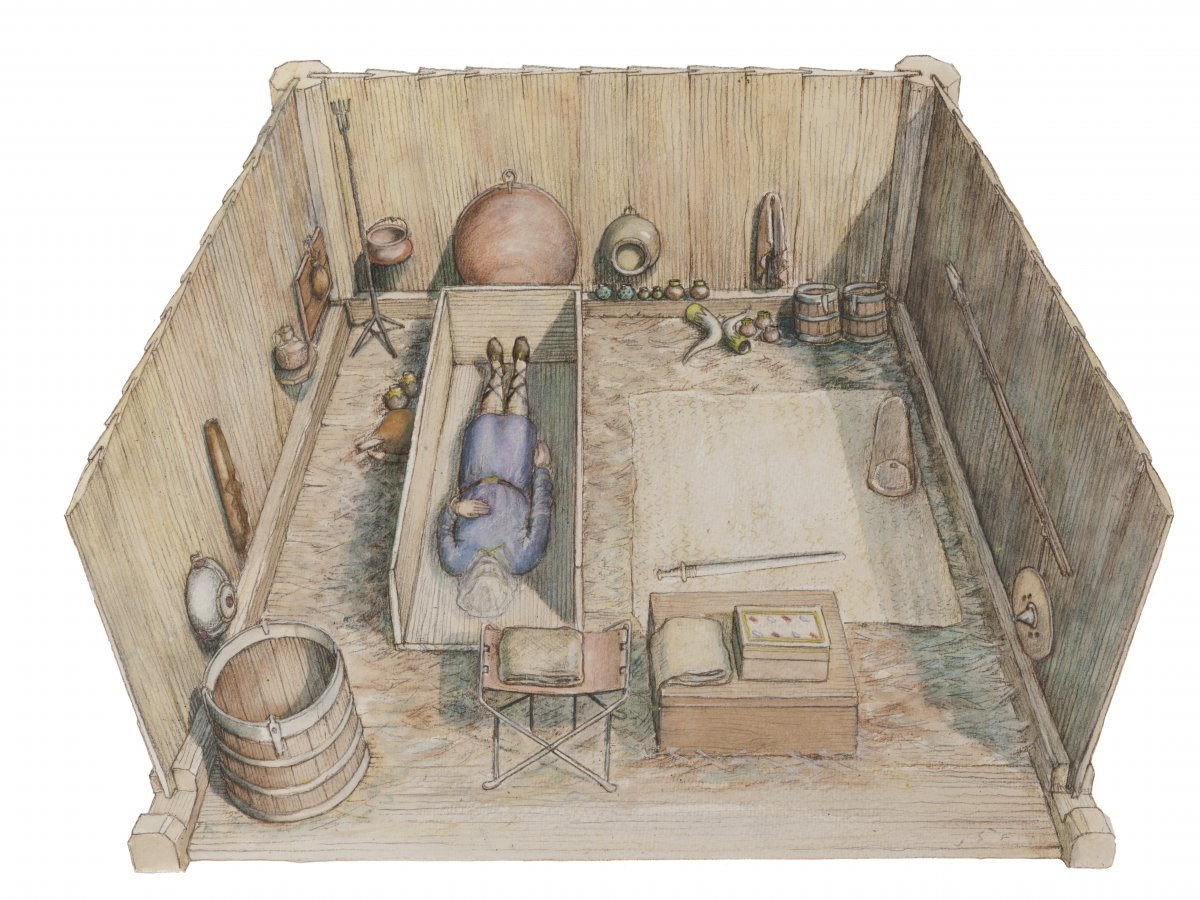 According to the MOLA researchers, the chamber was 13 square feet in area and was buried 5 feet below ground.

2. One of the most important artifacts discovered was a partial lyre. This is the first time that a complete form of an Anglo-Saxon lyre has ever been found and recorded. 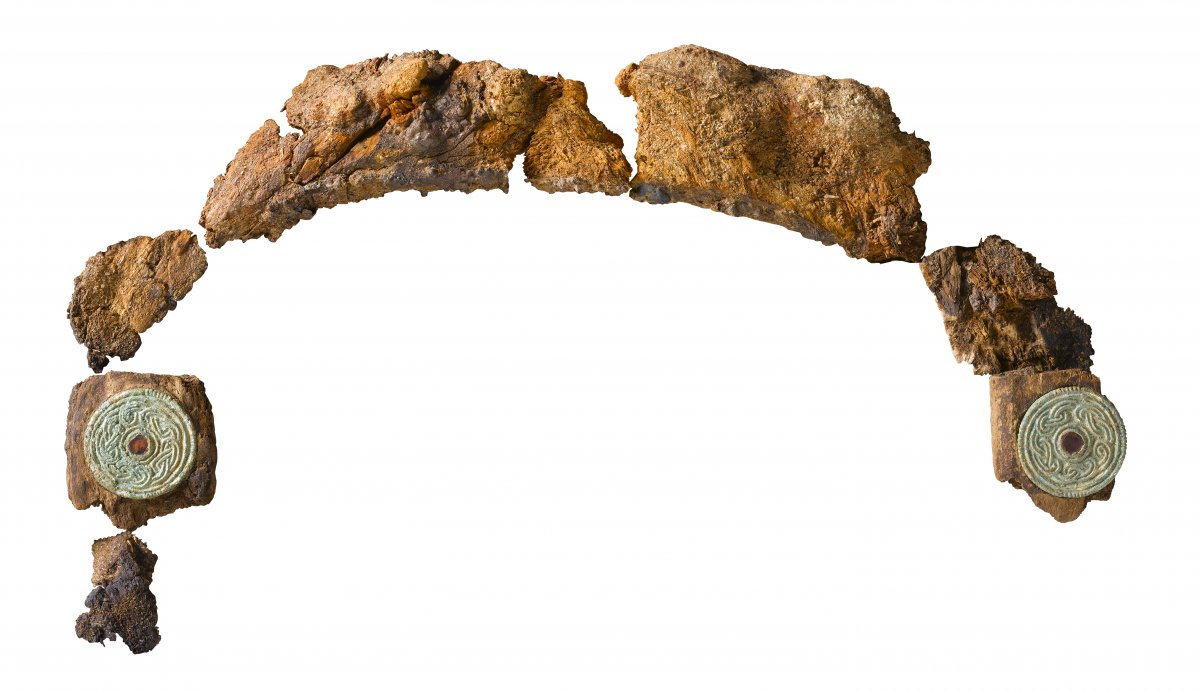 The lyre, an old English harp, was the most important stringed instrument in the ancient world. This particular lyre was made of maple wood, with tuning pegs carved from ash. The instrument was decorated with two garnets that most likely came from India or Sri Lanka.

According to Jackson, the lyre was an important early medieval instrument that played a central part in oral storytelling; heroic tales would be recounted at feasts, accompanied by lyre music.

“It may have been a treasured object – this man could have been the keeper of stories in this community, and the lyre was part of the offer of hospitality he would have been responsible for,” she said.

3. A triangular gold belt buckle gave archaeologists a big clue about who the tomb belonged to: The buckle, along with weapons found at the site, suggest a man was buried there, not a woman. 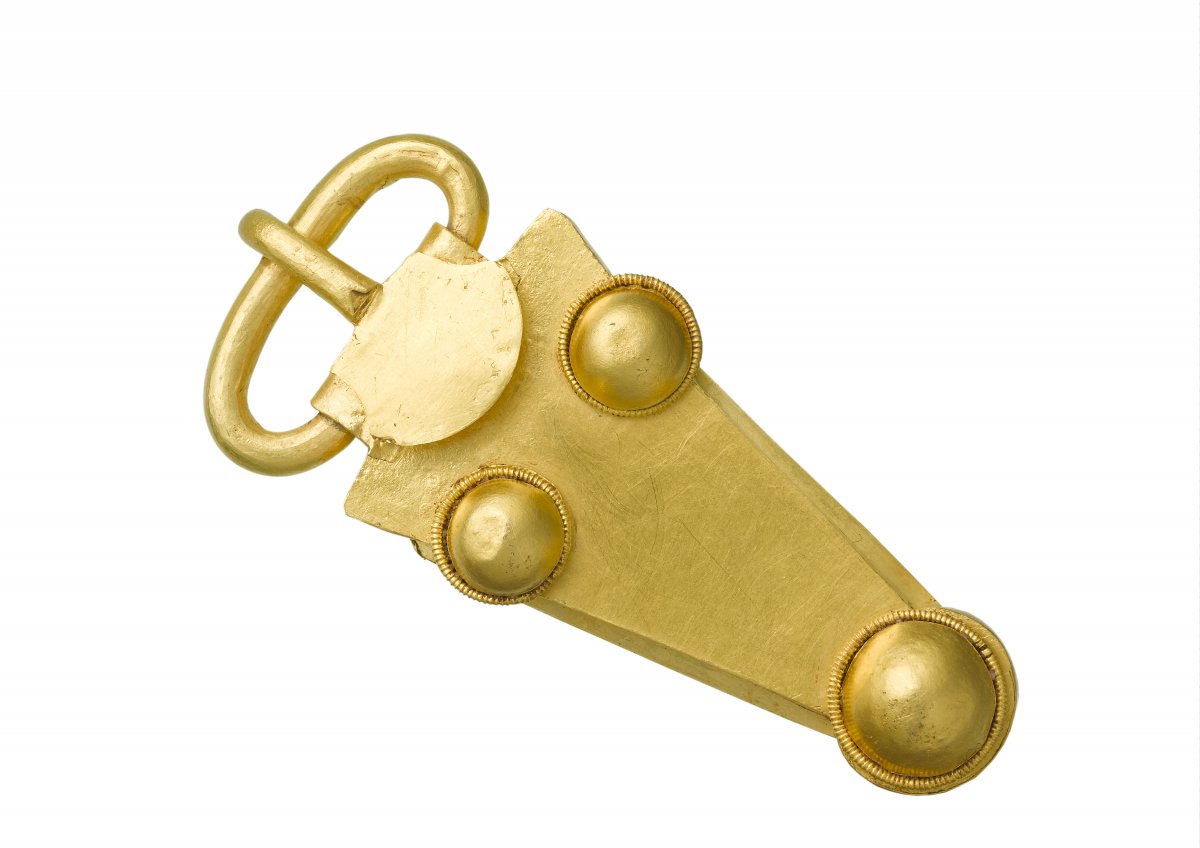 4. The researchers also excavated two gold foil crosses, which suggests the man buried at the site was a Christian. 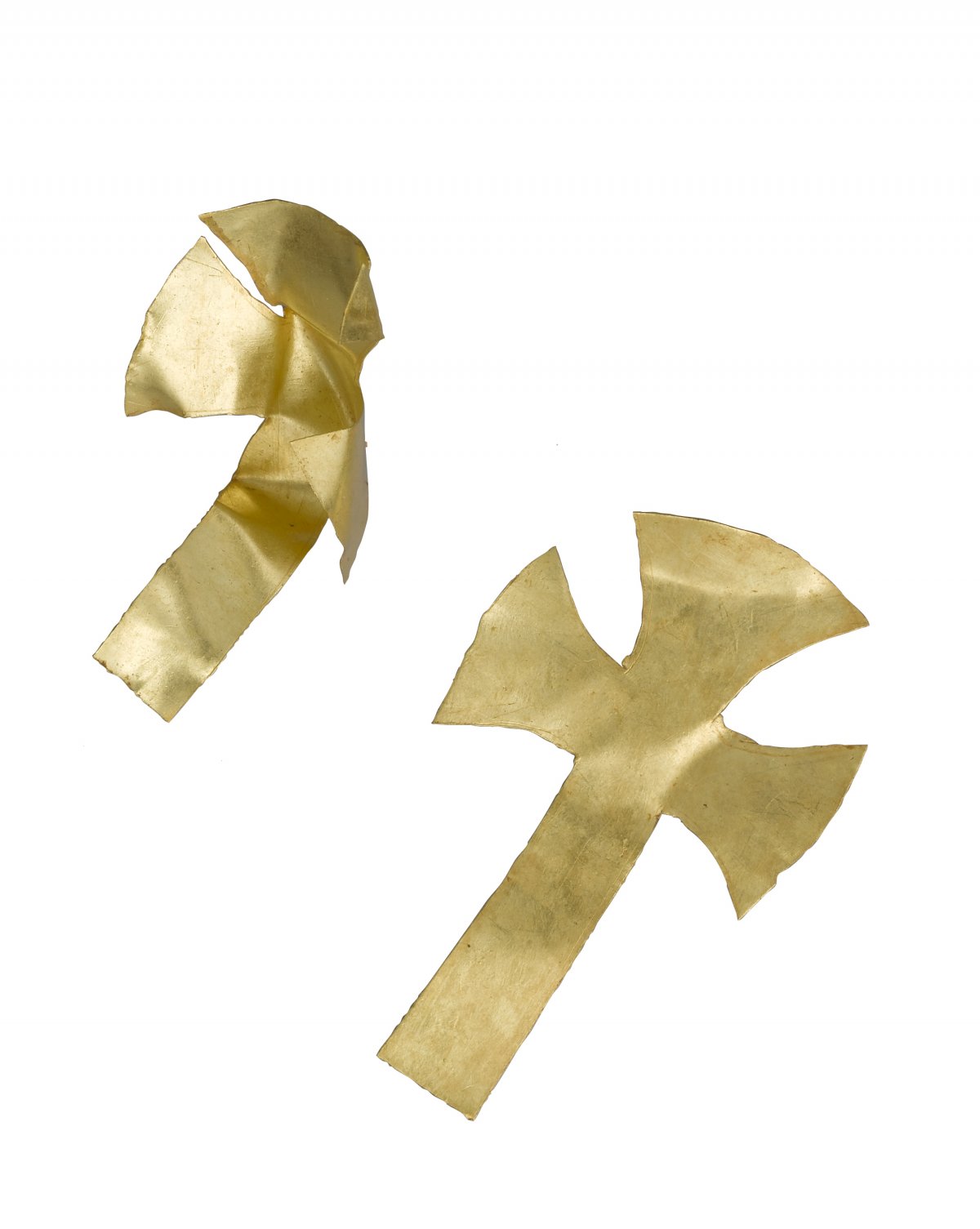 5. “The discovery also provides a more nuanced view on the adoption of Christianity within elite families,” Jackson said. 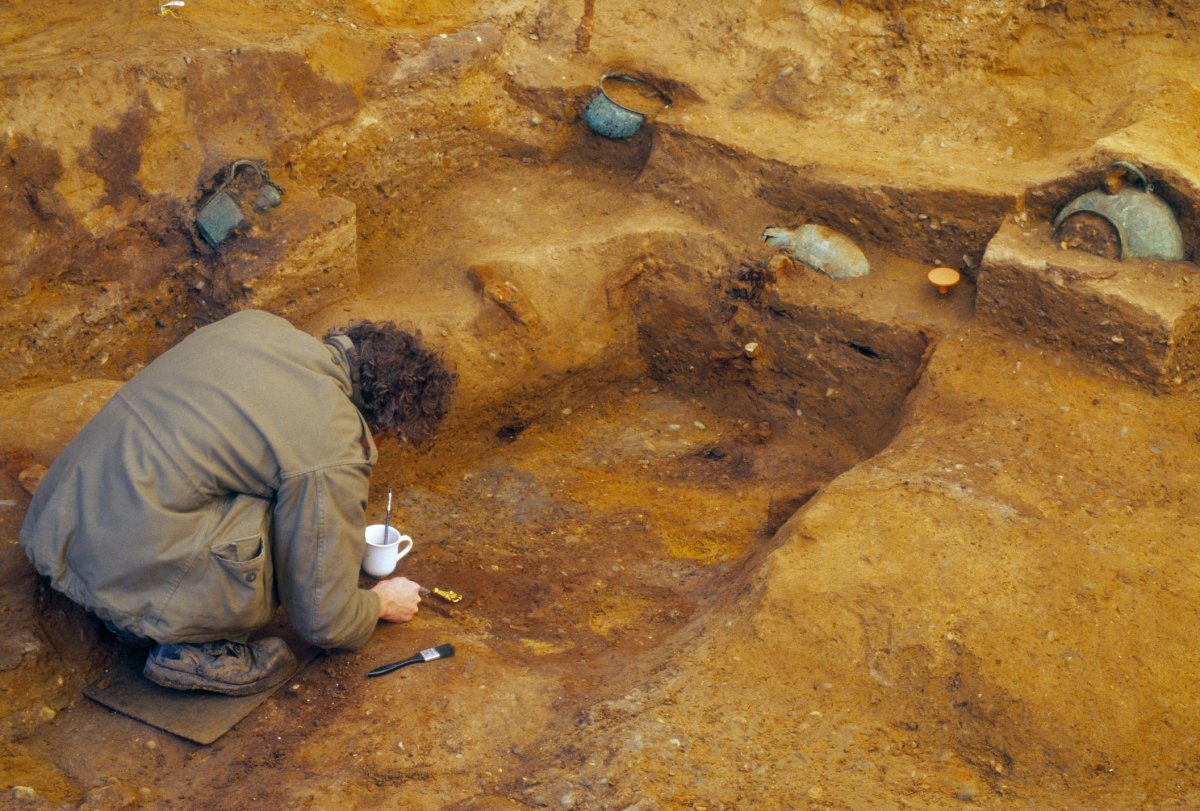 6. From the position of the skeleton’s tooth fragments, archaeologists inferred that the two gold crosses were probably placed over his eyes at one end of the coffin. 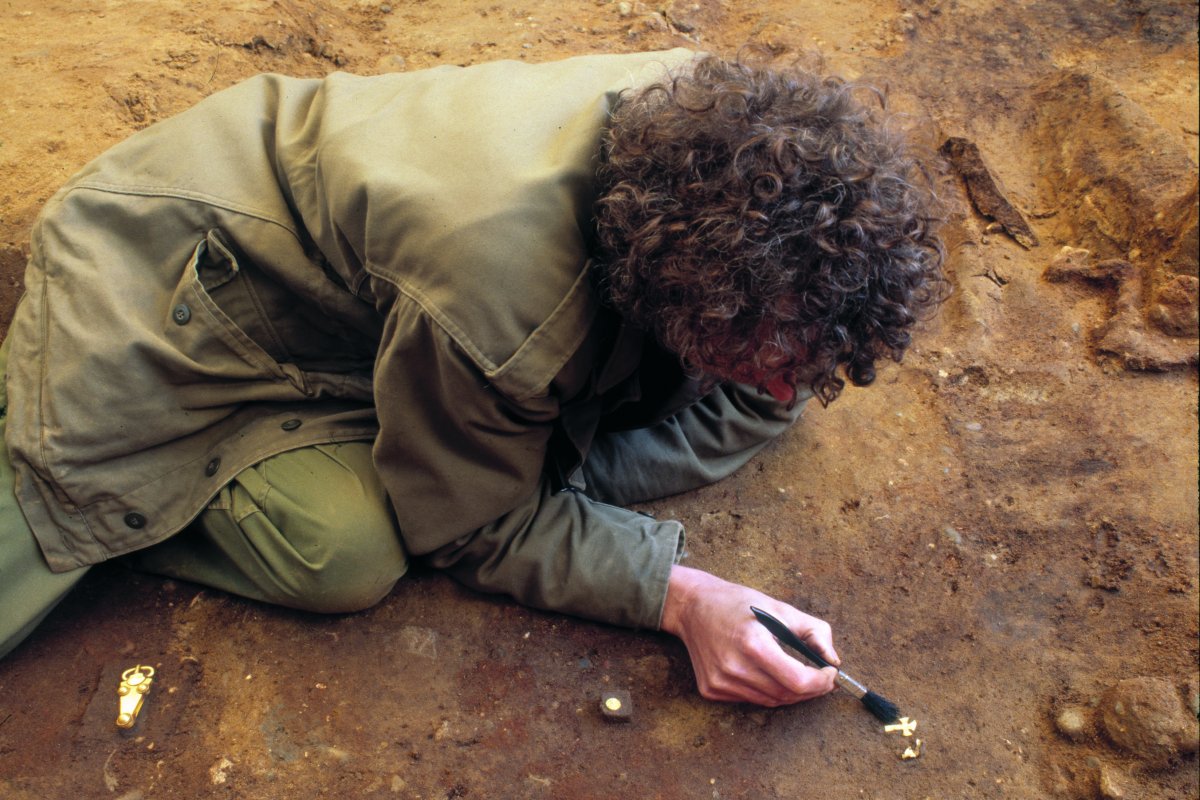 Based on where the golden crosses and belt buckle were found inside the tomb, scientists estimate that the prince was about 5 feet 8 inches tall. That height indicates he was an adult or an adolescent.

7. The researchers think the prince may have been buried with a gold coin in each hand, with one hand on his chest and the other lying by his side. 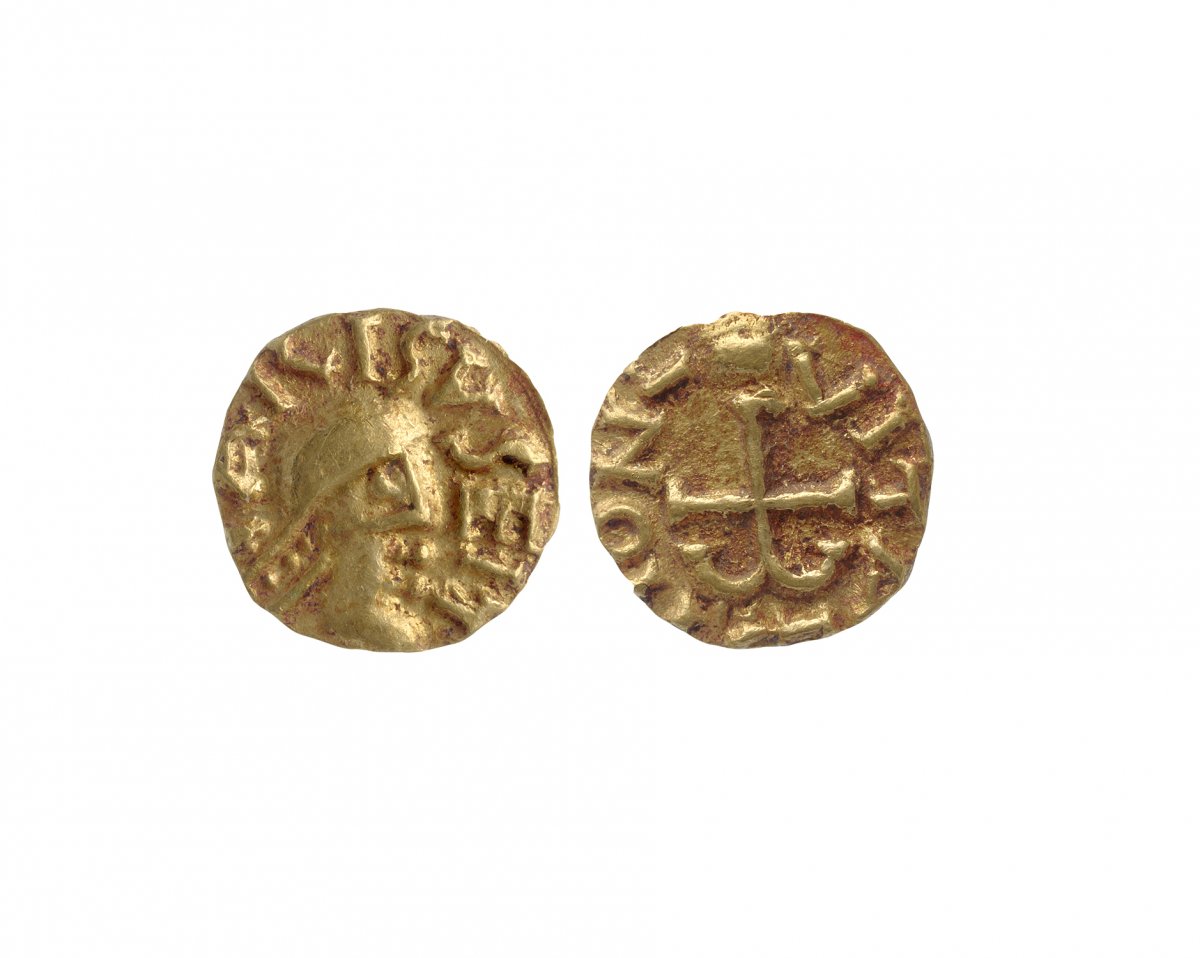 The coins, which were discovered near the tooth fragments, helped archaeologists estimate a more precise date of the burial. 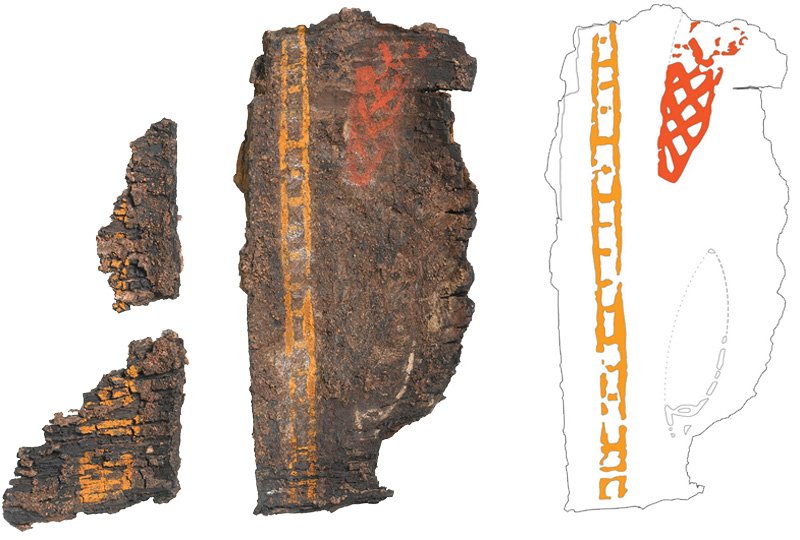 8. Findings like this copper-alloy flagon perhaps suggest that the prince may have enjoyed the occasional drink. 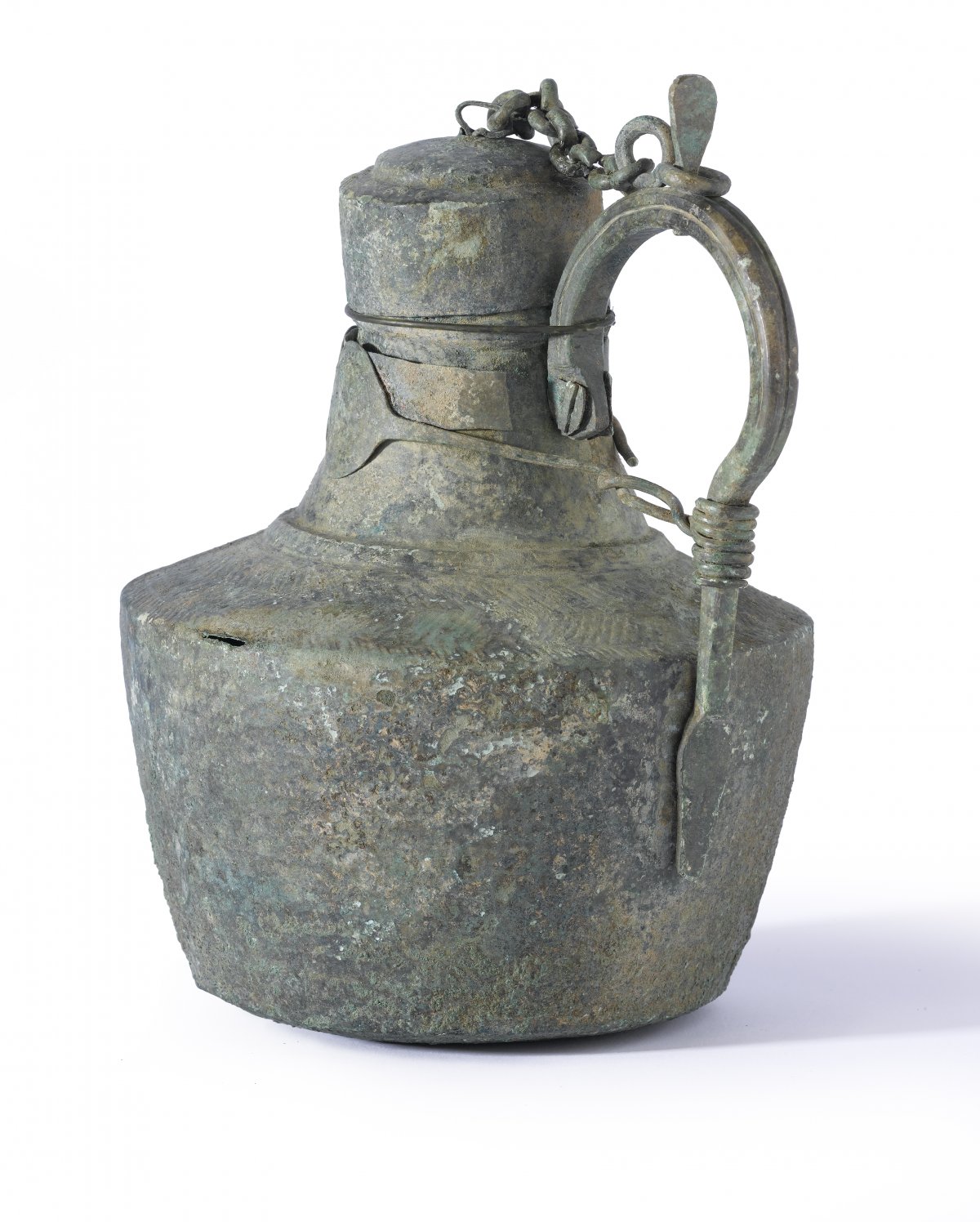 Vessels like this were often acquired by Christian pilgrims and shows that the flagon’s owner was well-travelled, or had far reaching connections.

Analysis of objects like this one “has revealed where they were made and this in turn has helped us to learn more about the gift giving and trading between different elite families and kingdoms in the south of England,” Jackson told Business Insider.

10. The flagon was likely made in Syria. 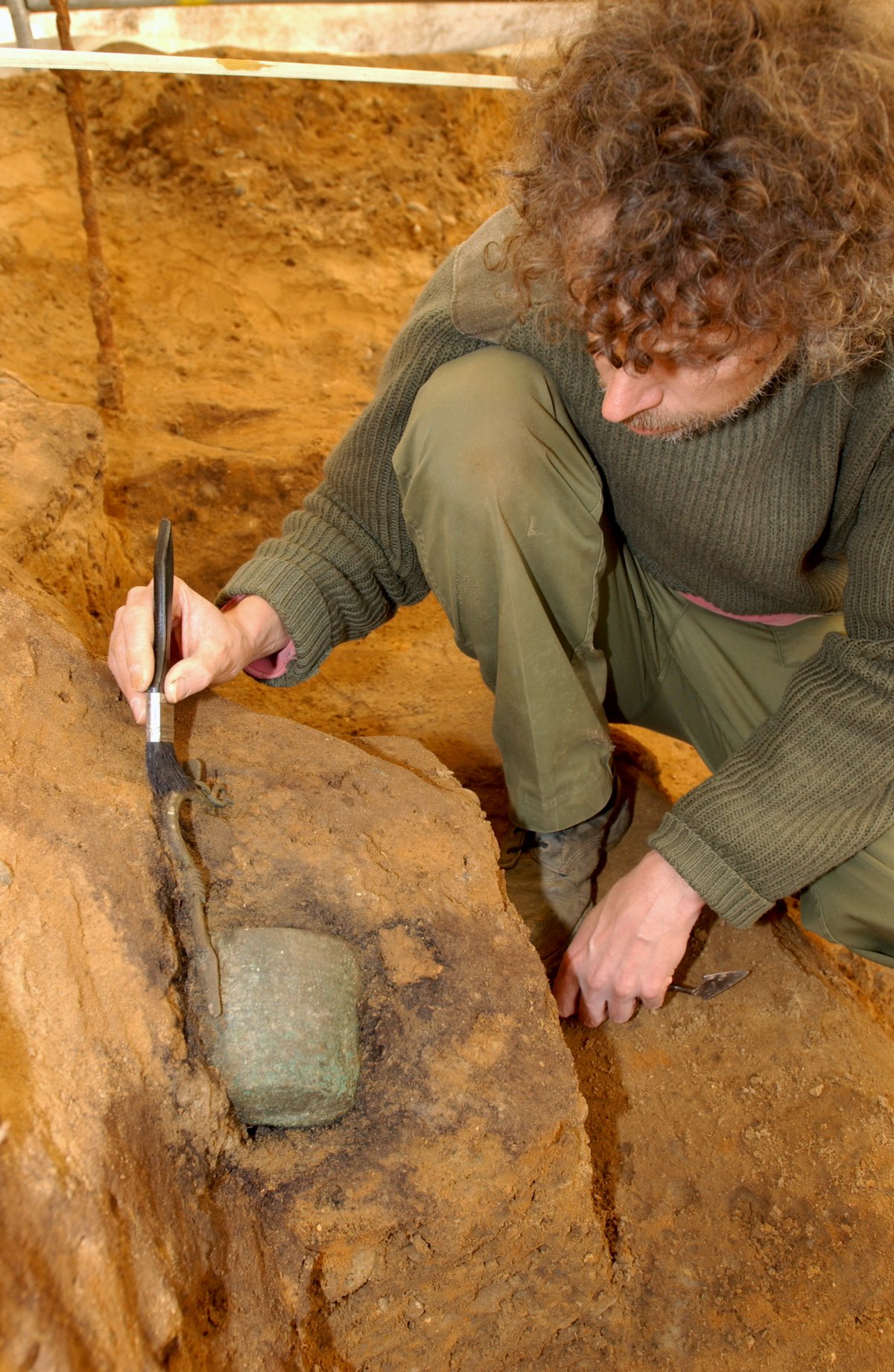 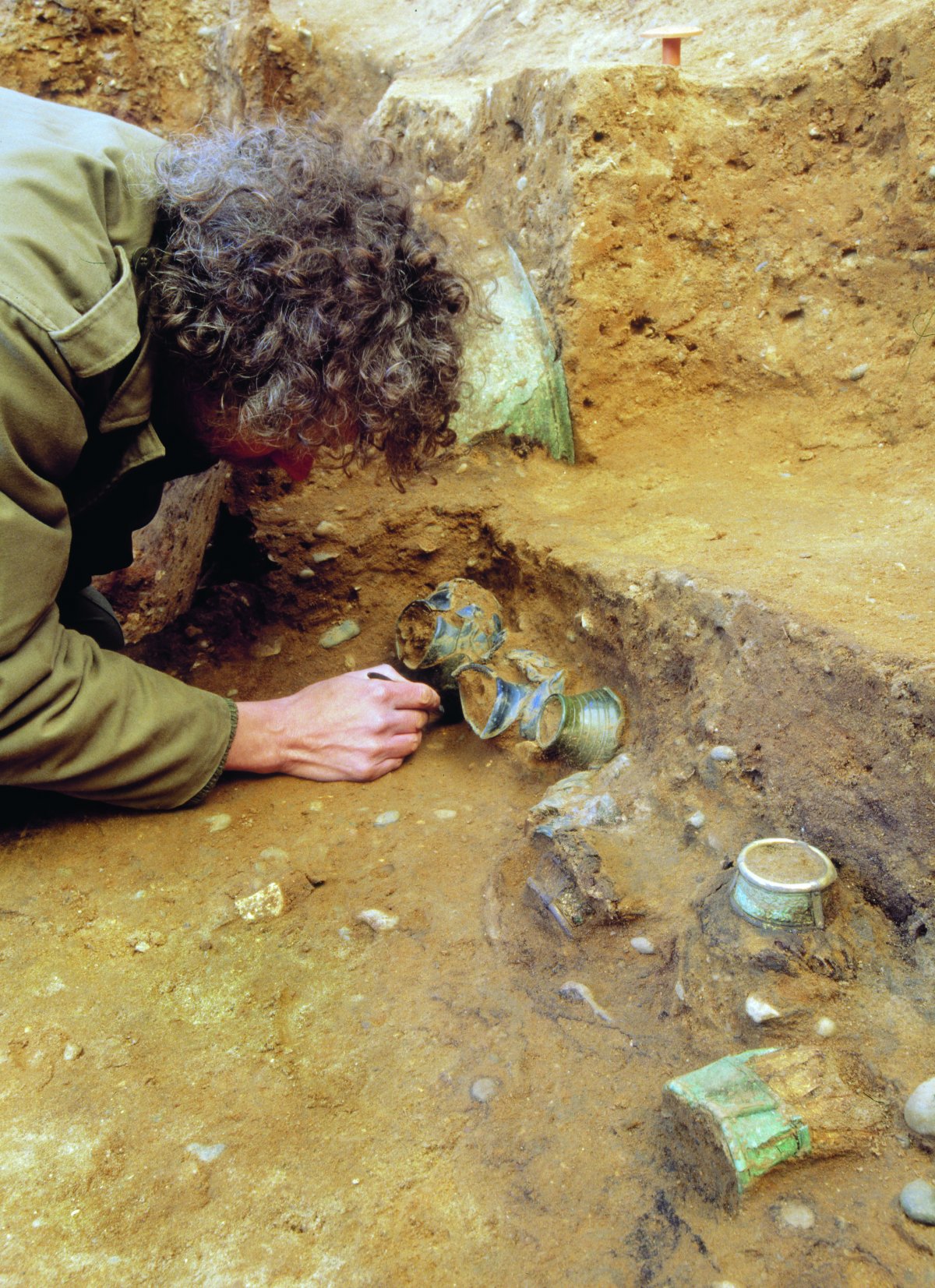 12. This wooden drinking cup provided the archaeologists with crucial material they could use to carbon-date the burial chamber. 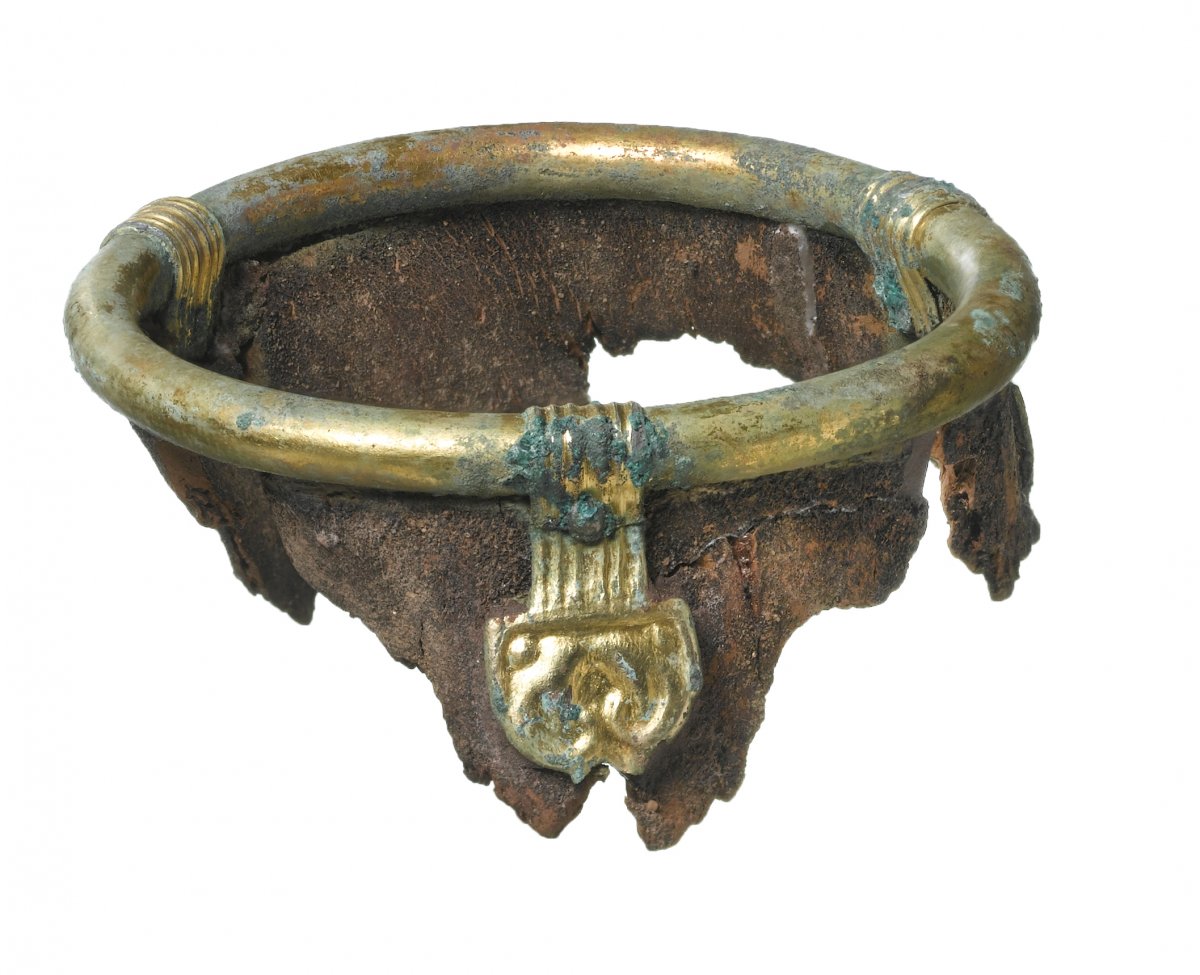 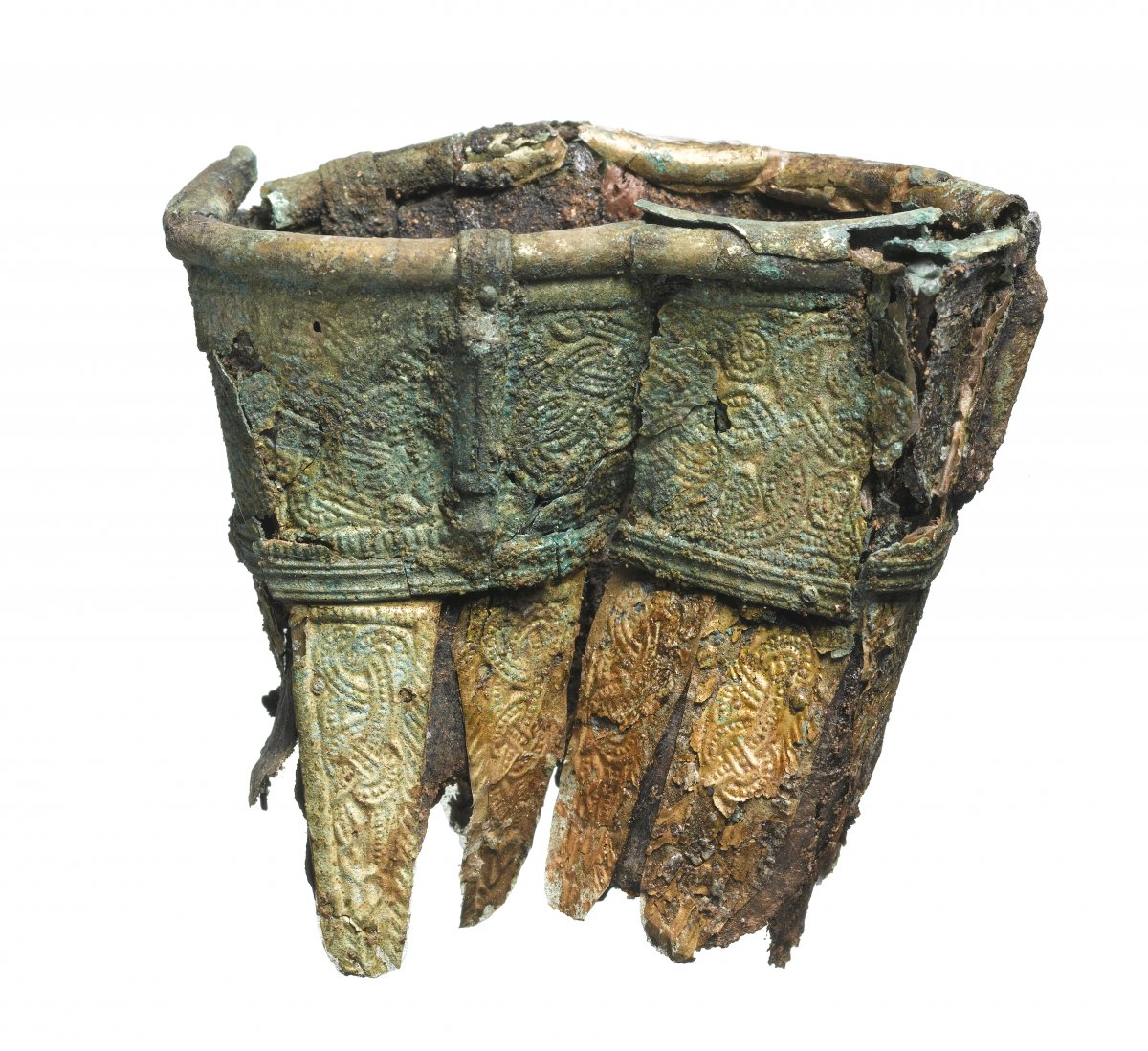 14. By analysing the organic material from the drinking horns, scientists were able to determine around when the animal whose horns were used had died. 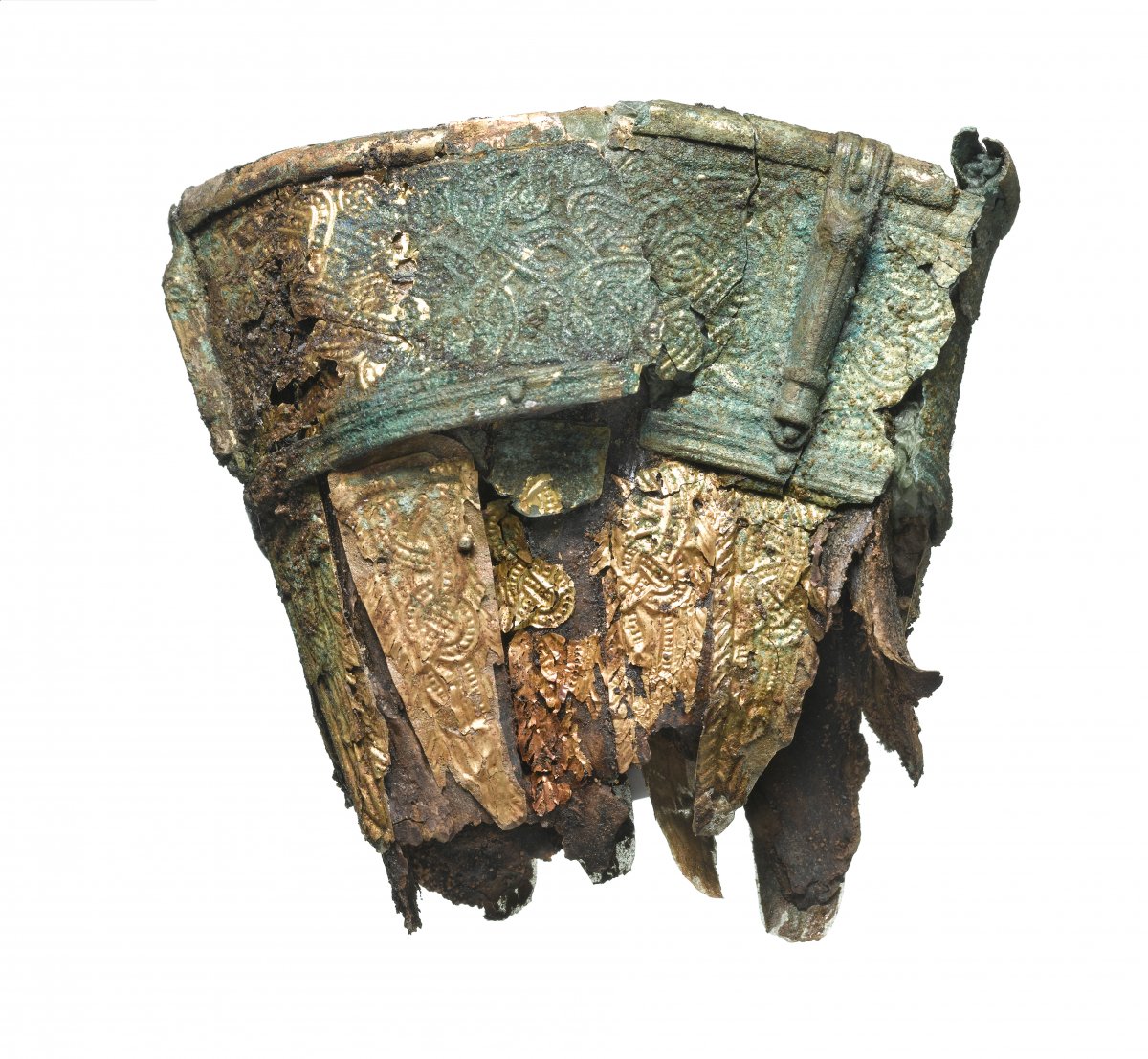 15. The decorative gold rims on another set of drinking vessels also were a sign of the prince’s wealth. 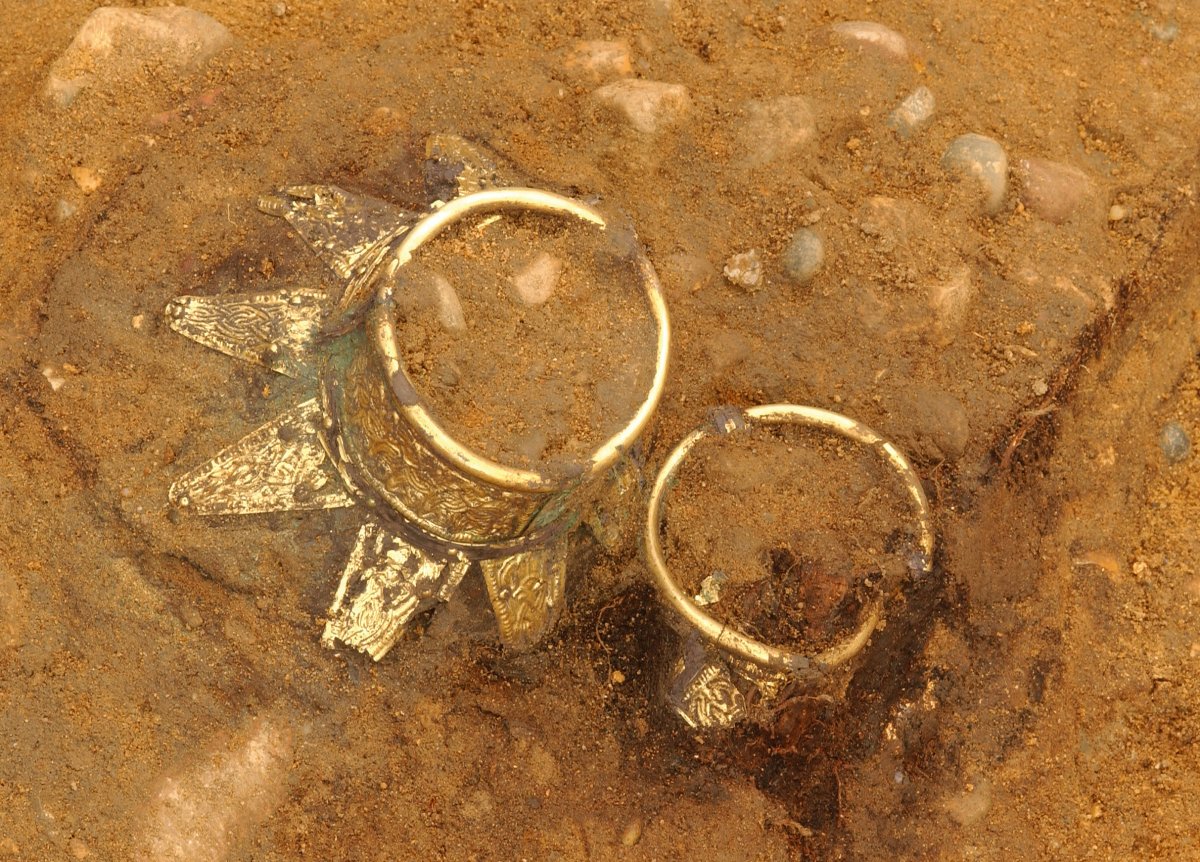 16. The researchers even found part of a wooden drinking bottle that was ringed with gold. 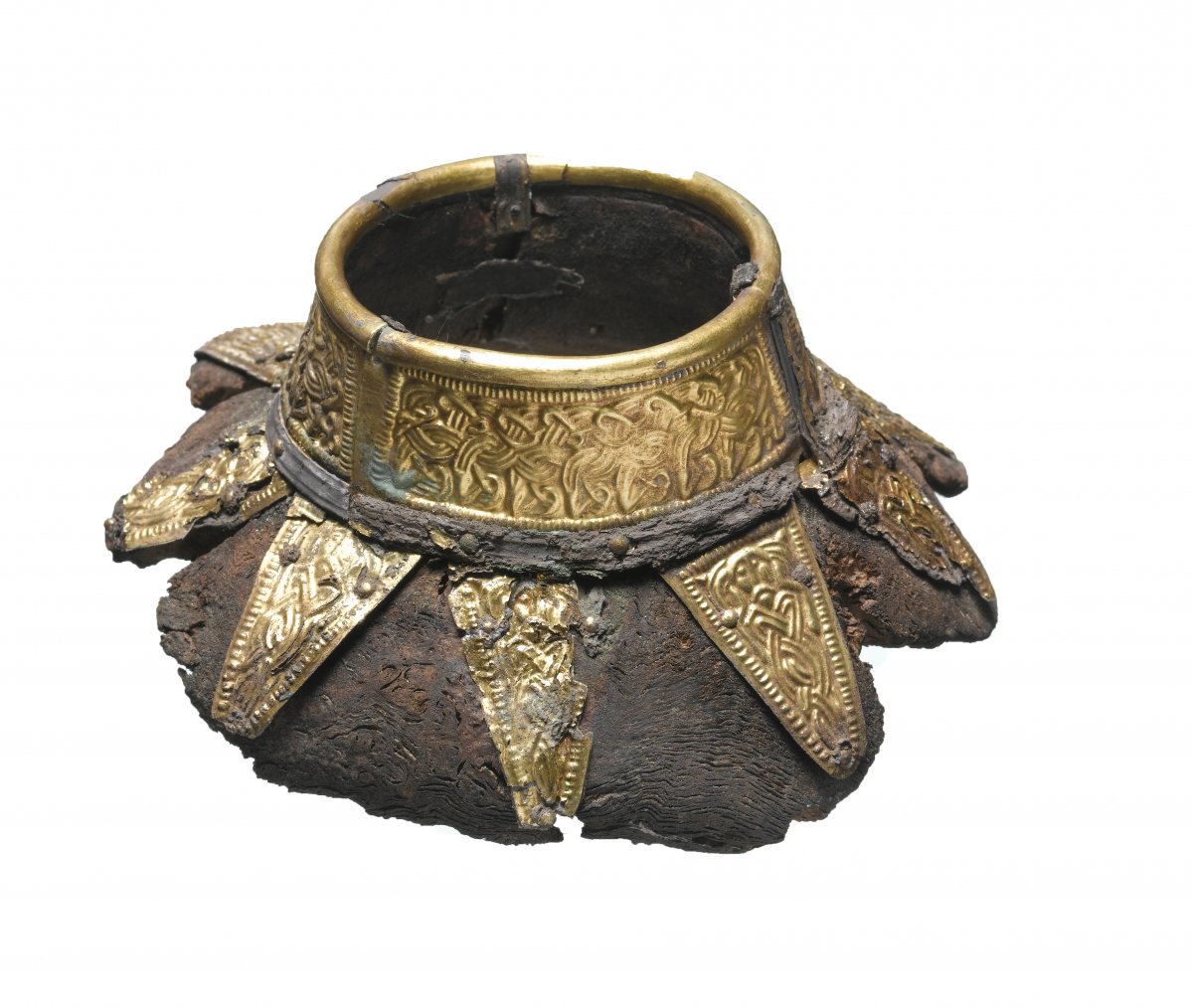 17. This copper bowl was yet another luxury item uncovered in the tomb. 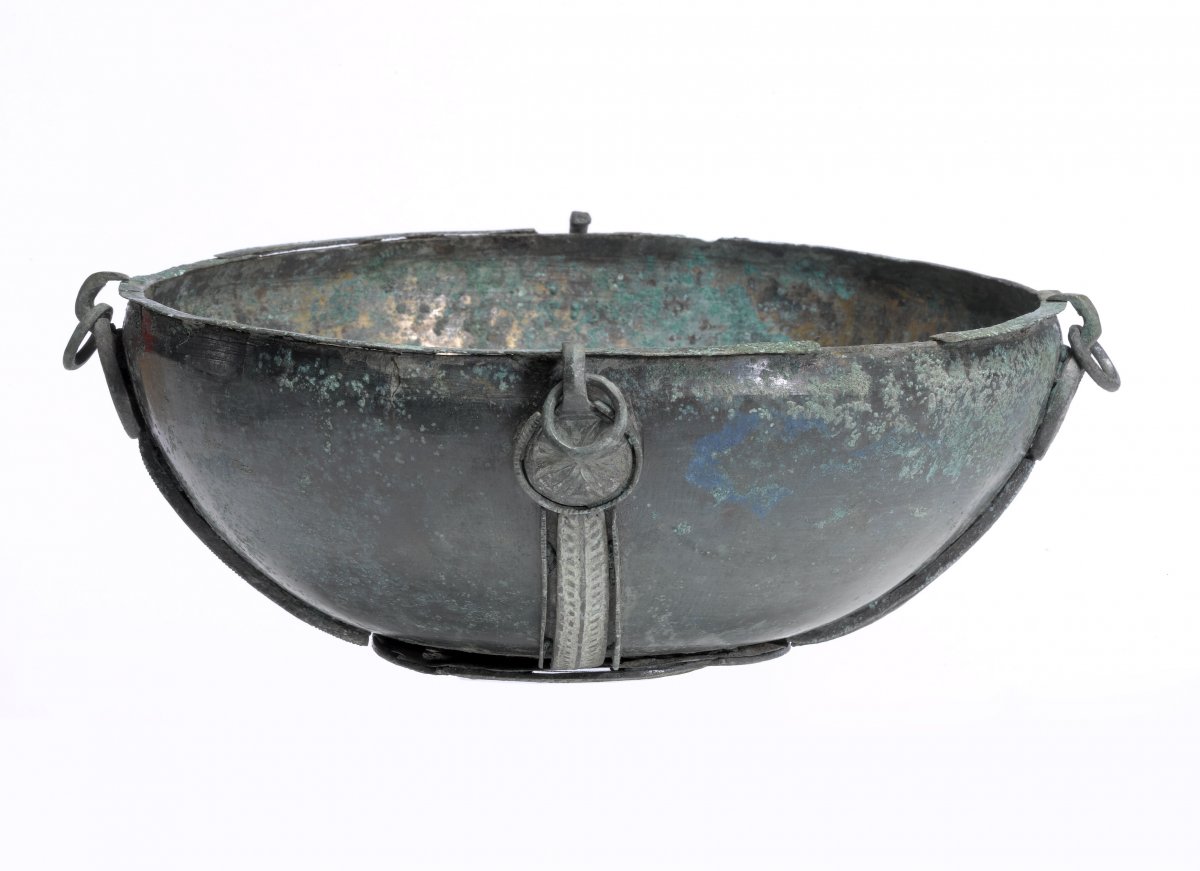 18. The bowl was found hanging in what was likely its original position on the tomb wall. 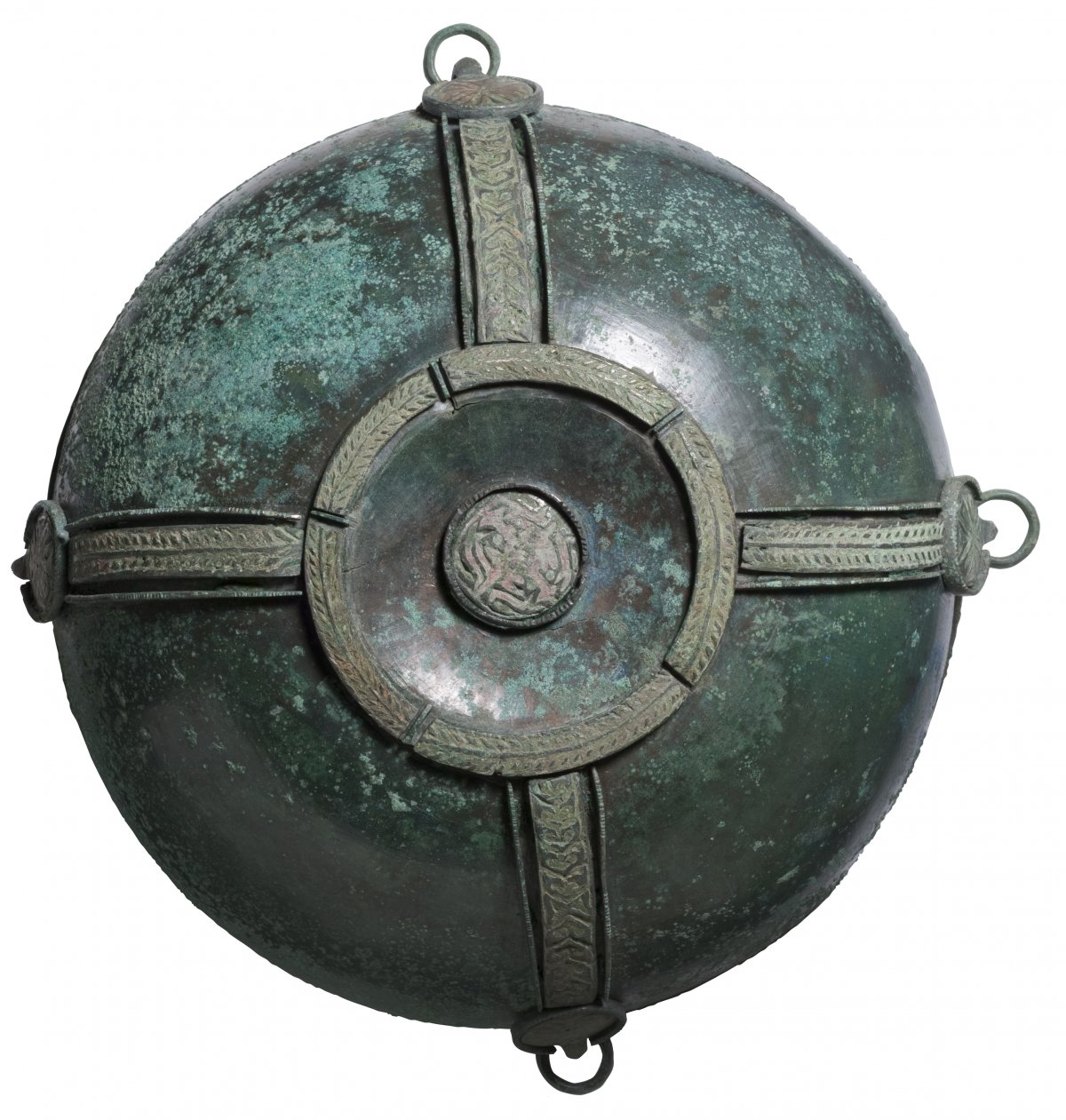 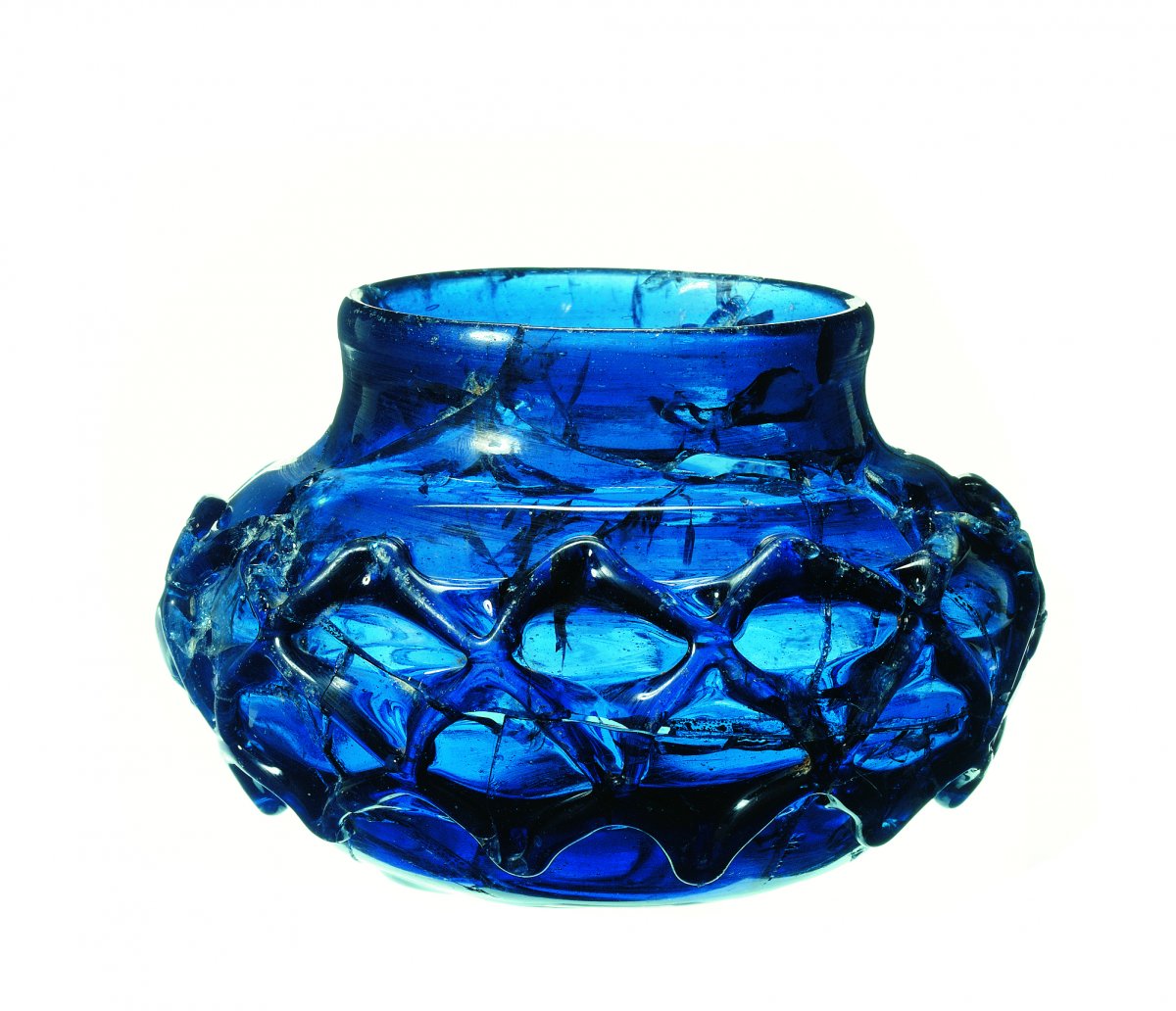 The matching pair was discovered intact within the burial chamber.

20. A decorated green glass beaker was excavated as well. 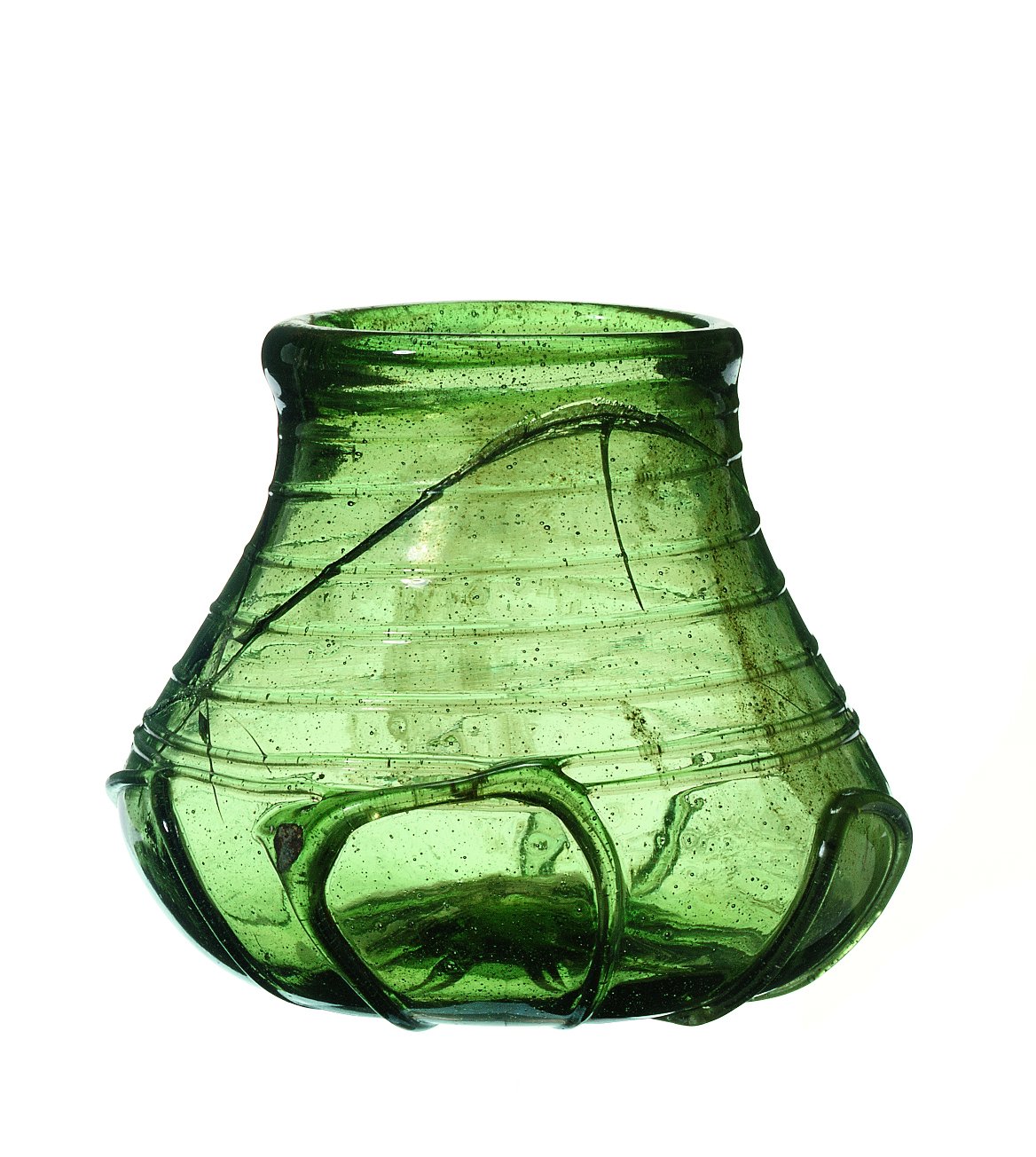 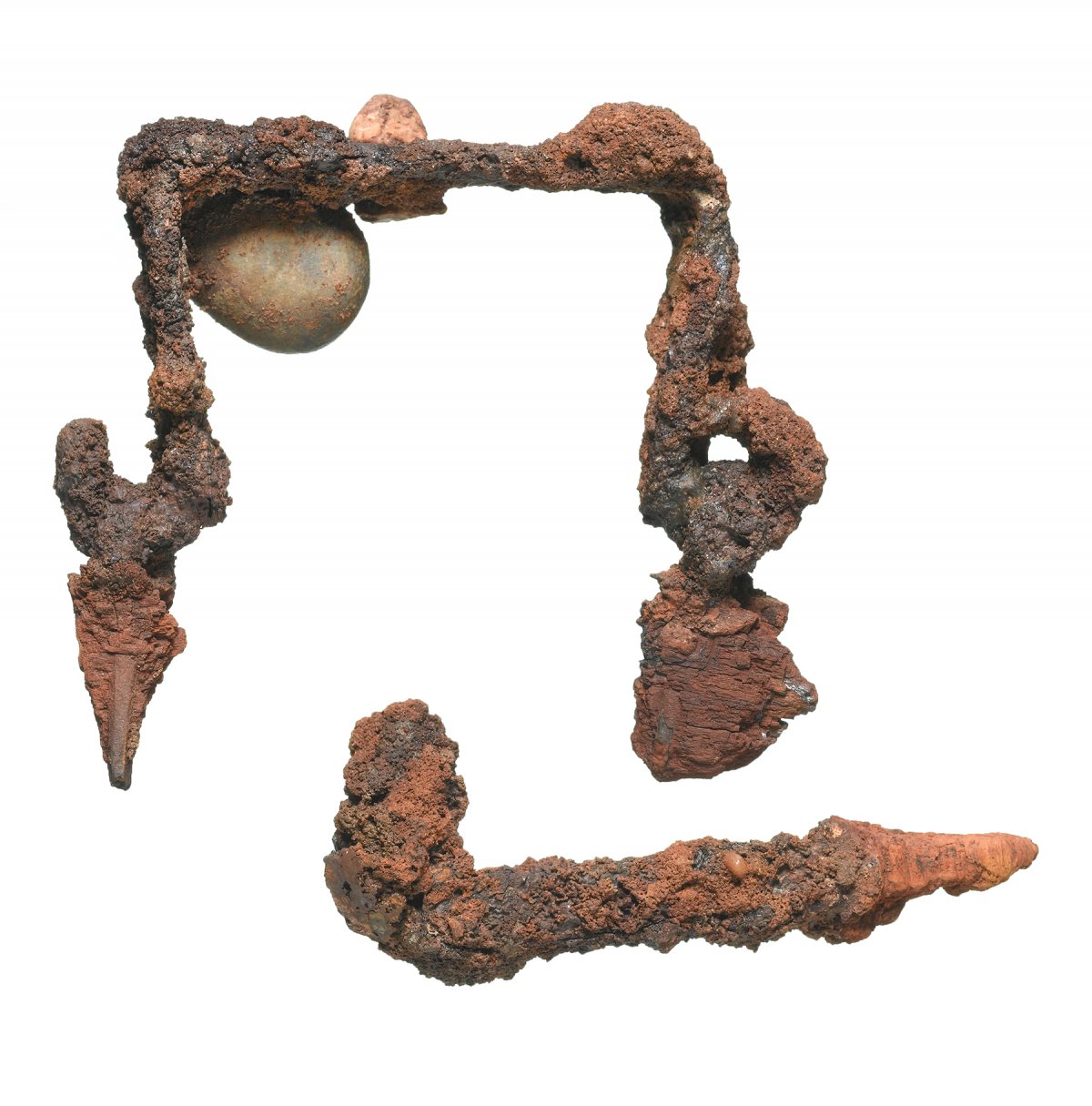 Some of these artifacts will be put on permanent display in the Southend Central Museum, near Prittlewell.

New study may explain why not all birds are actually bird-brained
New giant deep-sea isopod discovered in the Gulf of Mexico
‘Spiteful’ bacteria would rather starve their colony than let freeloaders thrive
Continents on Ancient Earth Were Created by Giant Meteorite Impacts, Scientists Find
Extreme drought in Italy reveals hidden bomb submerged in river since WWII