It turns out the unlucky Pompeiian man whose body was found under a giant piece of masonry last month wasn’t crushed to death after all. Archaeologists have finally located and excavated his skull – and it’s in perfect condition.

Images of the man’s skeleton went viral at the end of May 2018. He had been a victim of the catastrophic eruption of Vesuvius in the year 79 CE, which wiped out thousands of residents of Pompeii, Herculaneum and other settlements.

Most of these victims were either asphyxiated by gas and ash, or killed by the intense heat of pyroclastic surges the volcano sent tearing through its surroundings.

Masonry Man seemed different from all the other volcano victims, however. His position underneath a 300-kilogram (661-pound) rock and the absence of his skull seemed to indicate that his desperate attempt to flee the city was cut short by a struck-by hazard that hit with enough force to decapitate.

But now the skull has been found, which sends that hypothesis into a tailspin. 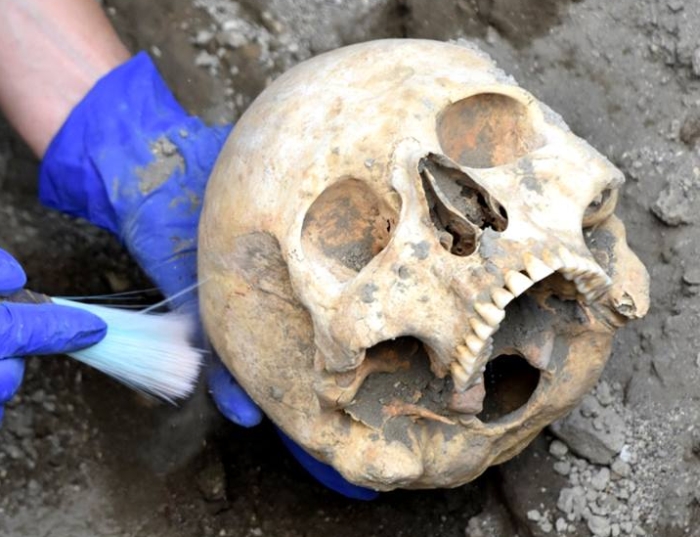 “During the first phase of the excavation it seemed that the upper portion of the thorax and the skull, not yet identified, had been sheared and dragged downwards by a block of stone that had crushed the victim: this preliminary hypothesis arose from the observation of the position of the stone with respect to the impression of the body in the cineritium,” the Pompeii Archaeological Park explained in a Facebook post.

“Upon further investigations, the skull has been found, positioned at a lower level than the rest of the body.”

The reason for this strange positioning is likely because of tunnelling that occurred during the 19th century Bourbon period, which caused part of the ground to collapse. This would have taken the upper part of the body with it, but left the stone and lower body in their original position. 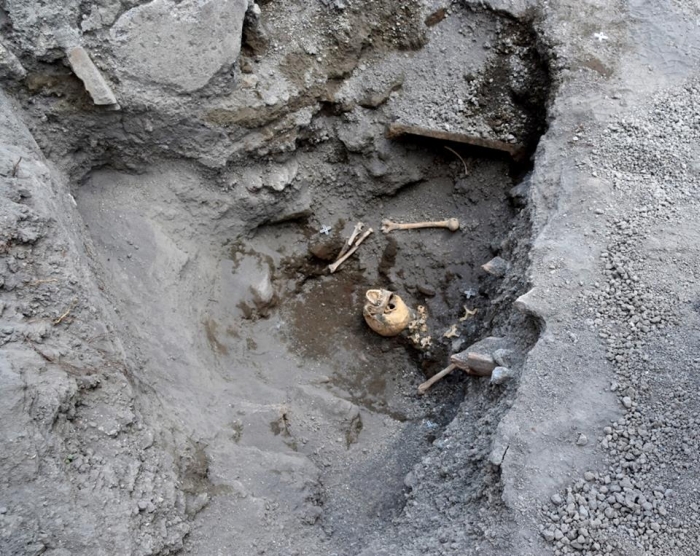 The skull itself is apparently unmarked, showing no signs of fracture, which means the poor fellow probably wasn’t killed by flying (or falling) masonry after all.

“Now we know that the death was not due to the impact of the block, but presumably from probable asphyxiation due to the pyroclastic flow,” the Pompeii Archaeological Park said.

Which, let’s be clear, is still a really nasty and unpleasant way to die.

A full anthropological analysis of the skeleton is yet to be performed.

Researchers in South America Discover a New Species of Tiny but Tough Dinosaurs
It Really Is in Your Head: Thinking Hard and Long Can Cause Brain Drain
Asteroid Ryugu Reveals Ancient Grains of Stardust Older Than The Solar System
A Snake-Lover Built Robotic Legs For a Snake, and It’s Insane
Never Shower During a Thunderstorm. A Physicist Explains Why