Scientists have identified an old piece of the Pacific Ocean – the ancient remains of its long-ago seabed – extending hundreds of miles underneath China, as it is pulled downward into Earth’s mantle transition zone.

This rocky slab that used to line the bottom of the Pacific is a relic of the oceanic lithosphere, the outermost layer of Earth’s surface, composed of the crust and the solid outermost parts of the upper mantle.

The lithosphere isn’t always destined to enjoy the views up top, however. The upper surface layer is composed of several fragmented tectonic plates, which slowly move and shift around at the surface, occasionally running into each other.

During these collisions, a geological process called subduction can occur, where one plate gets forced under the other at subduction zones, and ends up being driven ever deeper into the planet.

In a new study, scientists from China and the US have now witnessed this epic phenomenon taking place at greater depths than ever before observed.

Prior to this, scientists had recorded subducting slabs probing the boundaries at depths of about 200 kilometres (roughly 125 miles).

Now, thanks to giant network of over 300 seismic stations spread around northeastern China, researchers were able to see the event at a much lower point, imaging parts of the tectonic plate that used to lie under the Pacific Ocean being pushed into the mantle’s mid-level transition zone, at depths ranging between 410–660 kilometres (254–410 miles) below Earth’s surface. 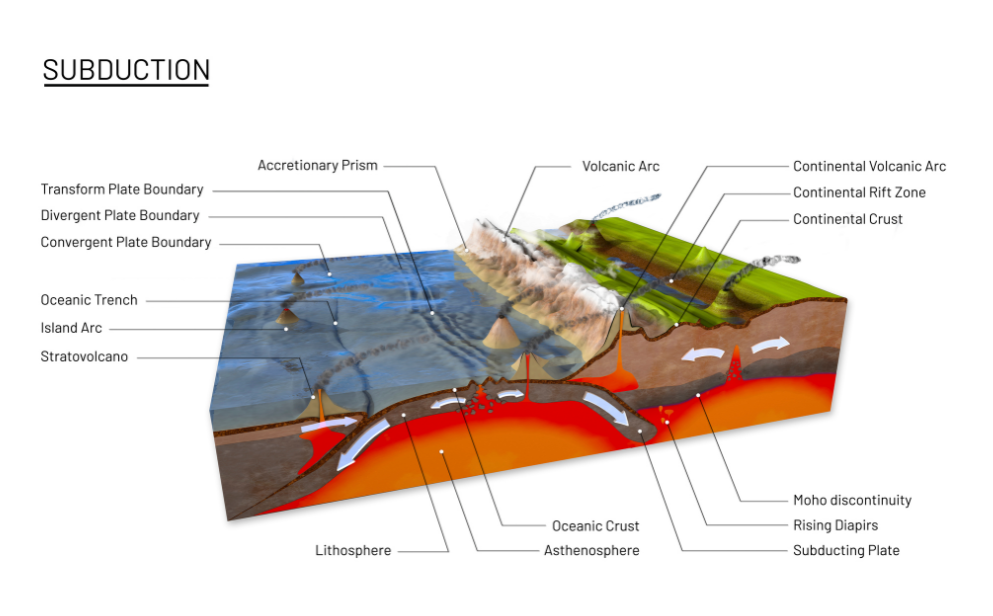 To interpret the sinking slab, the team identified two seismic velocity discontinuities, regions far underground where seismic waves encounter anomalies. In this case, two anomalies were encountered, which the team says related to both the top and bottom sides of the plunging plate.

“Based on detail seismological analyses, the upper discontinuity was interpreted to be the Moho discontinuity of the subducted slab,” says geophysicist Qi-Fu Chen from the Chinese Academy of Sciences.

“The lower discontinuity is likely caused by partial melting of sub-slab asthenosphere under hydrous conditions in the seaward portion of the slab.”

While the plate’s subduction can be seen in process below China, the subduction zone itself lies far to the east, with the slab being angled at a relatively shallow 25-degree angle downwards.

“Japan is located about where the Pacific plate reaches around 100-kilometre depths,” says seismologist Fenglin Niu from Rice University.

Thanks to the new imaging, scientists are getting a better idea of what happens to a subducted slab when it reaches this part of the transition zone, including how deformed it gets, and how much water content it loses from its oceanic crust.

“A lot of studies suggest that the slab actually deforms a lot in the mantle transition zone, that it becomes soft, so it’s easily deformed,” Niu says.

“We are still debating whether this water is totally released in that depth. There is increasing evidence that a portion of the water stays inside the plate to go much, much deeper.”

The findings are reported in Nature Geoscience.