The class of marine animals known as cephalopoda – which today includes squids, octopuses, and cuttlefishes – could have been around on Earth 30 million years earlier than previously thought, according to new research.

What’s more, if we do need to reset the timings on the appearance of cephalopods, then the whole evolutionary history of invertebrate organisms might need re-examining, given the importance of these creatures in the overall picture of life on the planet.

Key to the new research is the discovery of several 522 million-year-old cone-shaped fossils on the Avalon Peninsula in Newfoundland, Canada, featuring certain tell-tale features that mean they could arguably be classed as cephalopods. 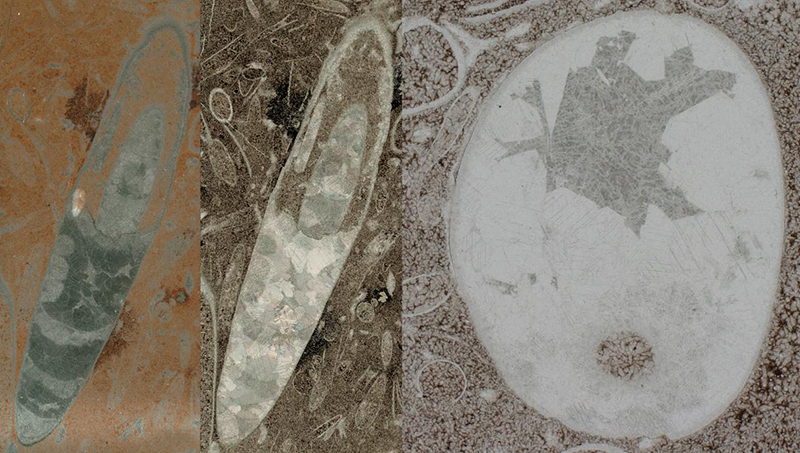 “If they should actually be cephalopods, we would have to backdate the origin of cephalopods into the early Cambrian period,” says geoscientist Anne Hildenbrand from Heidelberg University in Germany.

“That would mean that cephalopods emerged at the very beginning of the evolution of multicellular organisms during the Cambrian explosion.”

Up until now, the earliest cephalopods were thought to be Plectronoceras cambria - tiny mollusks with cone-like shells that lived in the late Cambrian period, roughly 490 million years ago.

While our knowledge of P. cambria‘s anatomy is based on incomplete fossils, these new finds are similar enough to suggest a connection between the species. They’re also different enough to support the hypothesis that millions of years of evolution could separate them.

For example, one of the features that the scientists have spotted in several of the chalky shells from the Avalon Peninsula is evidence of a siphuncle: a tube of tissue that helps to empty water from the shell, manage the levels of nitrogen, oxygen, and carbon dioxide, and control buoyancy.

However, signs of a siphuncle aren’t present on all of the newly found fossils, and its position is slightly different to where it would be expected to be. After a thorough analysis of these similarities and differences, the researchers think that they have come across fossils that are indeed an older form of cephalopods.

“The presence of a siphuncle, septal necks, and a connecting ring are commonly regarded as key characteristics for the distinction of early fossil cephalopods from other septate or chambered organisms,” the researchers write in their paper.

“However, some authors have also assigned fossil shell material lacking these features to cephalopods.”

Adjusting the timeline would mean that cephalopods emerged before certain euarthropods (including insects and crustaceans), dating from the Terreneuvian part of the geological record.

As the first organisms able to propel themselves up and down in the water – thanks again to that siphuncle – and settle in the open ocean, cephalopods play an important role in early evolutionary history, and so experts want to get the timing of their emergence right.

Classifying creatures can often be a tricky undertaking, even when we aren’t talking about fossilized remains over half a billion years old, but the researchers hope that further studies and further discoveries will help verify their claims. Now, the hunt is on to find better preserved specimens from the same area.

“This find is extraordinary,” says geoscientist Gregor Austermann from Heidelberg University. “In scientific circles it was long suspected that the evolution of these highly developed organisms had begun much earlier than hitherto assumed. But there was a lack of fossil evidence to back up this theory.”

The research has been published in Communications Biology.

SpaceX’s reusable Starship to take NASA astronauts back to the Moon
Google Earth now shows you the consequences of climate change for the past 37 years
‘Zoom fatigue’ may finally have an explanation, and it’s affecting women more
Major earthquake fault study reveals how Earth controls the magnitude of ruptures
This Flying ‘Monkeydactyl’ is the only known pterosaur with opposed thumbs