When you think of snails, sharp jagged teeth are not usually what comes to mind. But you might have to reconsider because these squishy mollusks have terrifying lickity-bits when you look close enough under the microscope.

Snails use their weird-as-heck toothed-tongues called a radula to lick through all sorts of surfaces to feed, including grinding through rocks. While these ‘teeth’ are one of nature’s toughest materials, they’re still often softer than the surfaces where their food is, and the way they’re used to ‘punch’ through surfaces causes them to wear out quickly. To compensate, snails can grow several new rows of ‘teeth’ each day.

The teeth arrays, which sit on a flexible muscular organ, can be quite distinct between species, making them important identification features. 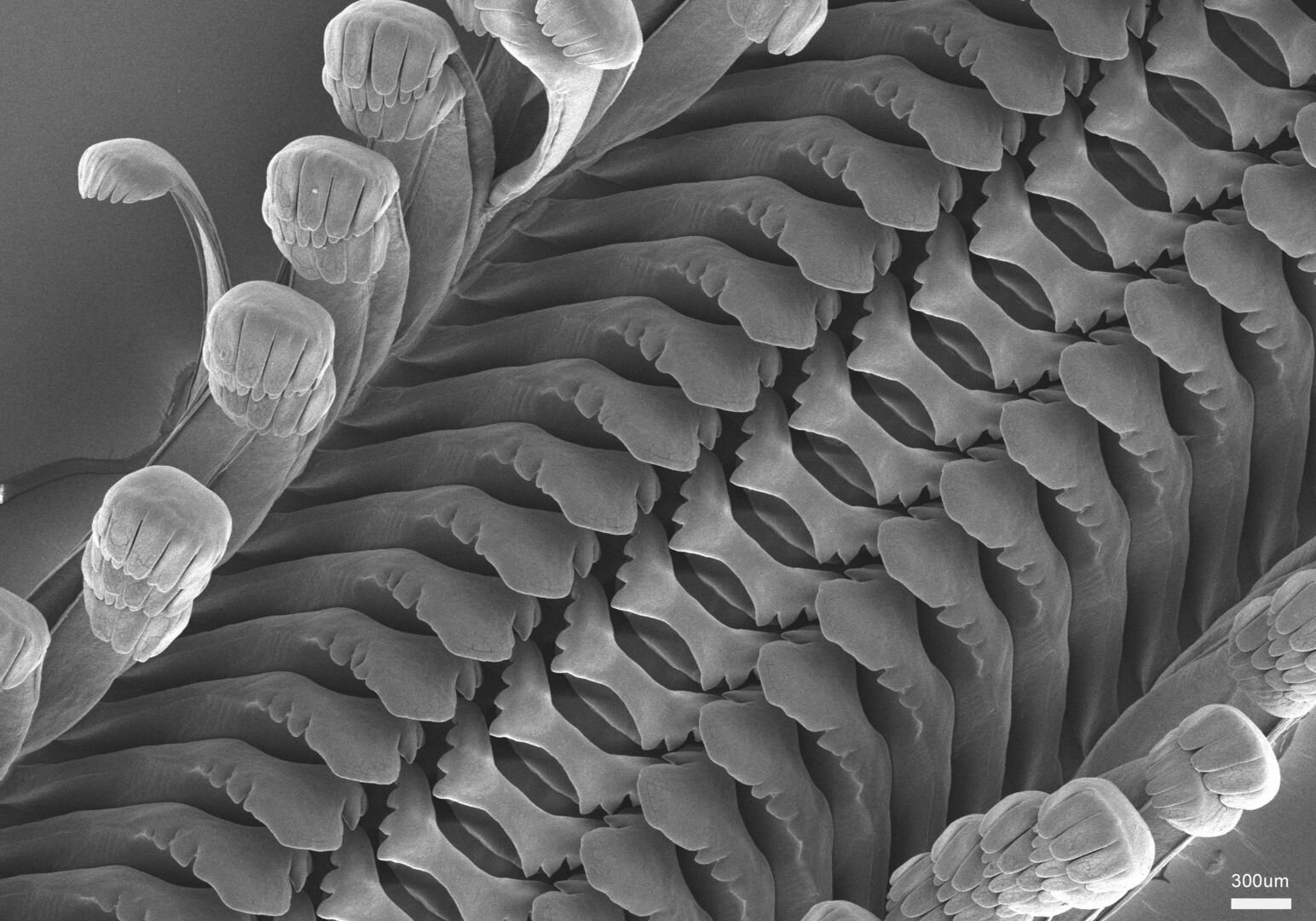 For example, the radula in the scanning electron micrograph above belongs to a Spekia zonata, a species of freshwater snail from Lake Tanganyika in Africa. Compare that to the radula of an unspecified carnivorous land snail from East Africa seen below.

A new species of snail recently discovered in Spain is no exception, possessing rows upon rows of short but very pointy bits, which you can see below.

These freaky-mouthed mollusks were discovered tucked away in Iberian Peninsula caves. In fact, it’s incredible researchers found them at all: The snails are only a few millimeters in size and fairly transparent.

Also exciting? These caves seem to contain an abundance of snail diversity.

“We succeeded in collecting 57 gastropod populations from various caves,” said zoologist Adrienne Jochum from the Senckenberg Research Institute in Germany.

Analyzing these snails’ morphology and genetics, University of Bern malacologist Jeannette Kneubühler and colleagues concluded that the new species, along with some previously identified species, belonged to a whole new genus which they called Iberozospeum. 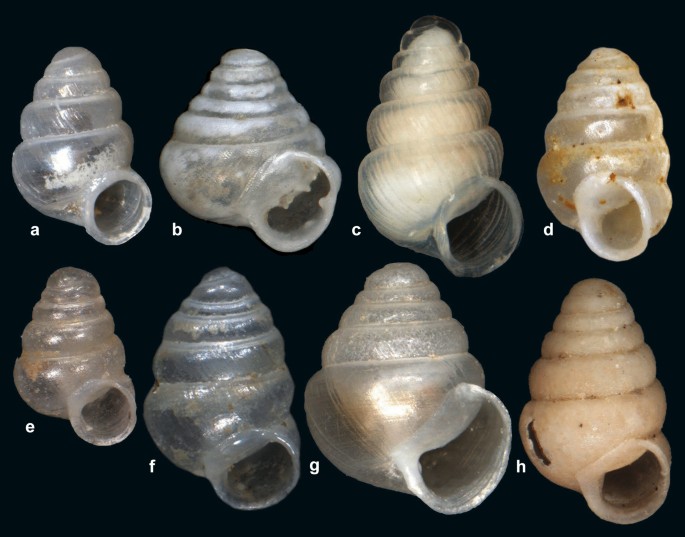 The team suspects this southern peninsula of Europe is home to so many different snail species because it served as a major refuge during the Pleistocene ice age.

The new species, Iberozospeum costulatum, has two-pronged teeth (c and d below), and they look clearly different from other local species, containing smaller but more teeth in each row. 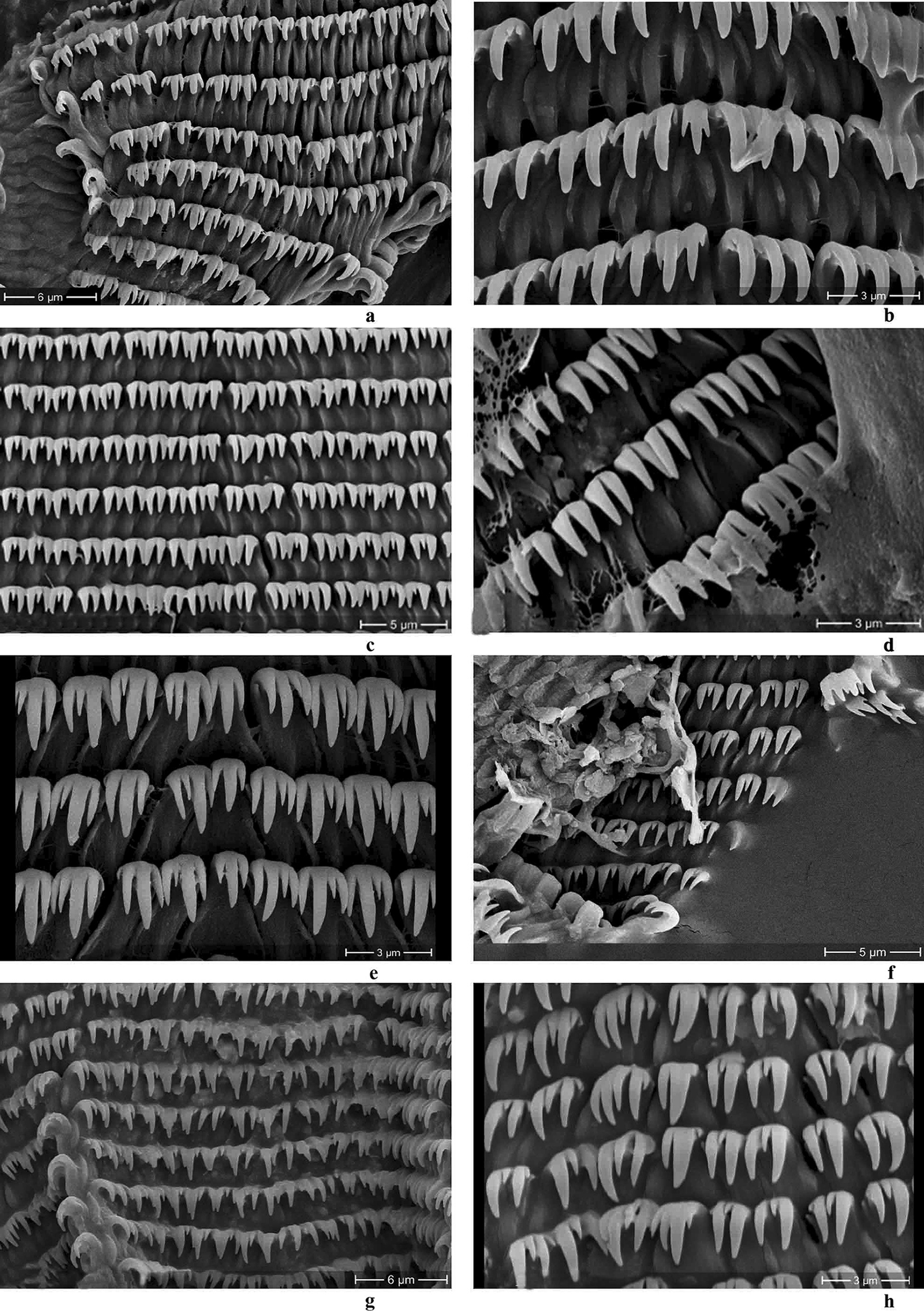 “This ‘radula’ is used for grazing and sifting through the cave mud for food particles,” said Jochum, explaining in the paper with colleagues that the snails likely evolved differently due to differences in the substrates of the caves they were found in, such as the density of the mud.

Research from earlier this year on the biomechanics of snail teeth supports this idea.

“The teeth of species from some habitats are significantly harder than those from others, which shows how strongly the mechanical properties of the radula correlate with the properties of the substrate and food,” said University of Hamburg zoologist Wencke Krings at the time.

With more than 80,000 species of snail worldwide on land and in the water, there are probably far stranger toothed-tongues out there.

The new species was described in Organisms Diversity & Evolution.