The biodiversity of the deep ocean is difficult to track, given its inhospitality to us – soft, air-breathing land dwellers. Down in the darkness, there’s much more life than we have accounted for.

Nevertheless, a new discovery is an exciting one: six new species and one previously unknown genus of glass sponge, at depths up to 4,820 meters (15,814 feet), hidden in the aphotic (barely sunlit) waters off the coast of New Zealand. Scientists also discovered two already known species that had never been seen before in New Zealand’s oceans.

These finds mean that the region is far more diverse than we knew, which can help inform and plan human activities and conservation efforts.

“The expedition was a great success,” said marine biologist Gert Wörheide of the Ludwig Maximilian University of Munich in Germany.

“The finds almost double the number of species of the sponge family Rossellidae found off New Zealand from nine species in five genera to 17 species representing eight genera.”

Glass sponges (or hexactinellids) are known around the world, but are relatively rare. These are delicate sponges composed of spicules made of silica – the natural substance so commonly found in sand, from which we make glass.

The waters around New Zealand beyond where light penetrates are becoming known as something of a hotspot for glass sponges, but due to the challenges of mapping deep-sea biodiversity, it’s unclear exactly how prolific life is down there. So a team of scientists set off on an expedition to explore using a remotely operated underwater vehicle (ROV).

In 2017, the German research vessel Sonne departed Auckland, with the ROV KIEL6000 on-board – a machine designed to plumb the ocean’s depths, up to 6,000 meters. For 31 days, the researchers explored the remote southern oceans, retrieving over 200 specimens of sponge from the seafloor.

Among these specimens, the researchers used DNA and morphological analyses to identify the six species previously unknown to science. Two of them were so new, they required an entire new genus which the researchers named Nubes. 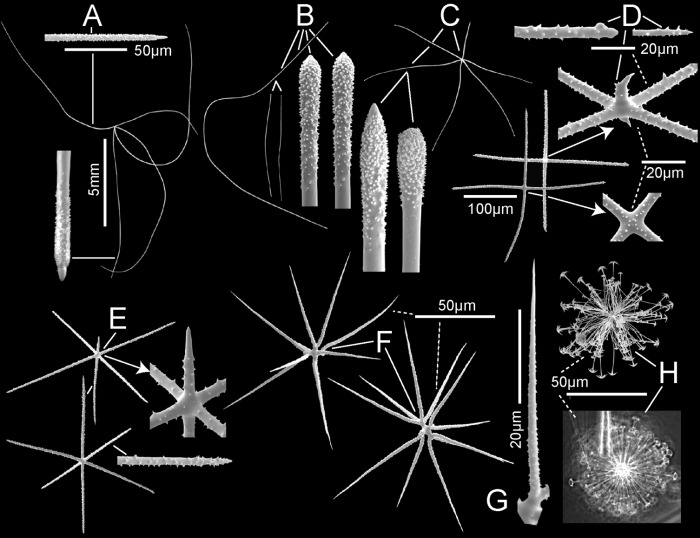 “Our expedition discovered that the deep sea off the coast of New Zealand is considerably more species rich than previously known,” Wörheide said.

“In the context of plans to expand deep-sea mining and deep-sea fishing, these findings provide an important set of data that can aid efforts to protect these very special habitats.”

The description of the new sponges was led by the world’s foremost expert on glass sponges, marine biologist Henry Reiswig of the University of Victoria in Canada, listed as the first author on the paper. Sadly, Reiswig passed away before the paper could be published; his colleagues have dedicated the paper to his memory.

“How do we go on? Well, continue in his name we do,” the team wrote. There were two more news sponges whose descriptions were not completed; those will be reported in a separate paper soon.

The research has been published in ZooKeys.