At the height of North American summer, many plants are at their most dangerous.

We don’t normally think of plants as particularly scary organisms. But this rather entertaining Reddit thread from 2016 will make you reconsider that assumption.

“Botanists of Reddit, what are the scariest plants in the world?” user Zipzapadam asked. And Reddit delivered.

We’re not talking about common poison ivy or run-of-the-mill carnivorous plants. Some of these plants could actually kill you.

As one Redditor put it, “This post just makes me want to stay indoors and hide from plants.”

You probably will, too. Here are nine terrifying plants to stay away from: 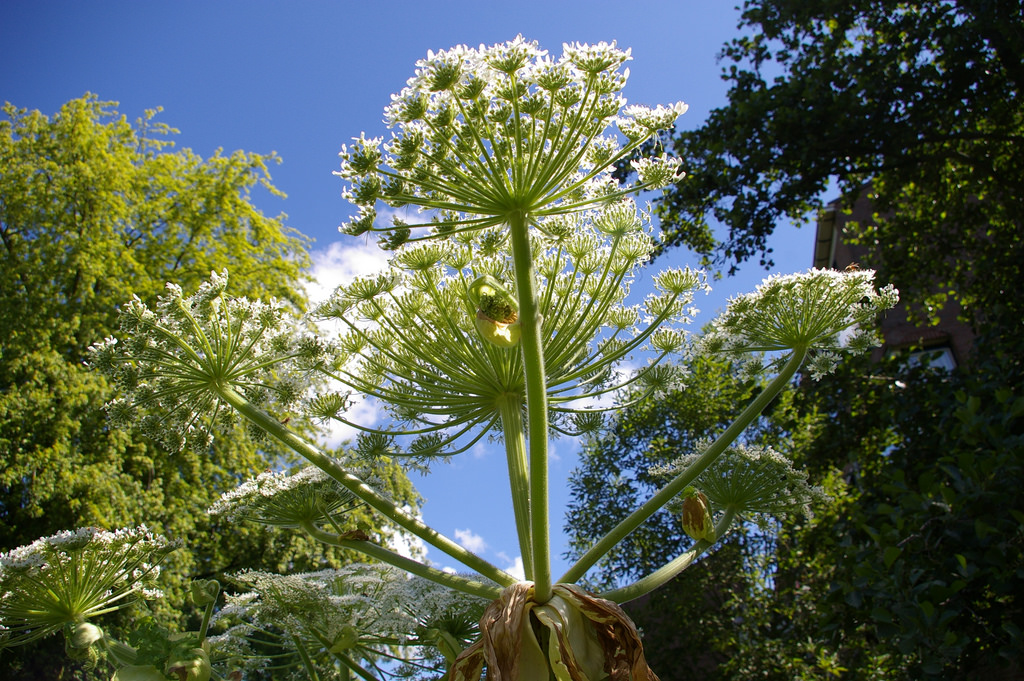 Giant hogweed’s sap can cause rashes, blisters, permanent scarring, and even blindness.

The plant, which can grow up to 20 feet tall (6 metres), is listed as a “noxious weed” in the US because of its toxicity.

It can look pretty similar to other common plants in the US, so the New York Department of Environmental Conservation has a handy guide to identify it.

On June 18, researchers reported that giant hogweed had spread to Virginia, and warned locals to watch out for it, saying even brushing against it can severe cause burns and blisters. 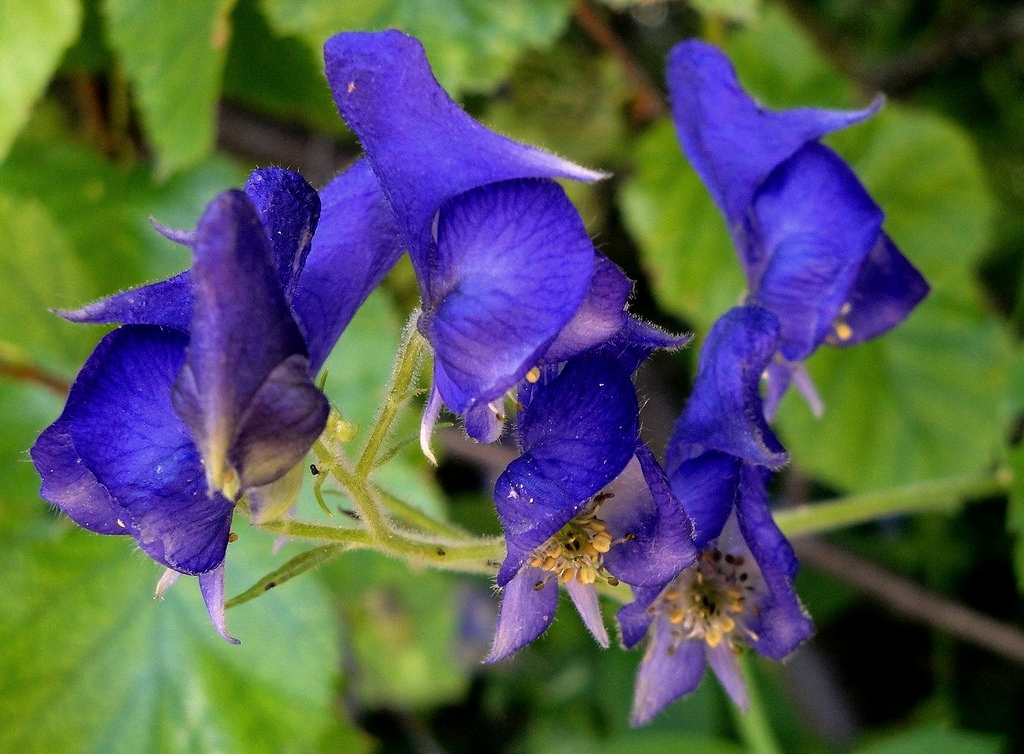 It looks beautiful and harmless, but all parts of the Monkshood plant are poisonous.

In ancient times, people would use it on arrow tips and as bait to kill wolves, which is why it’s also called Wolfsbane.

A 33-year-old gardener allegedly died after touching (or possibly eating) the plant in 2014, the BBC reported.

Monkshood can cause vomiting, diarrhea, and numbness if it’s eaten. 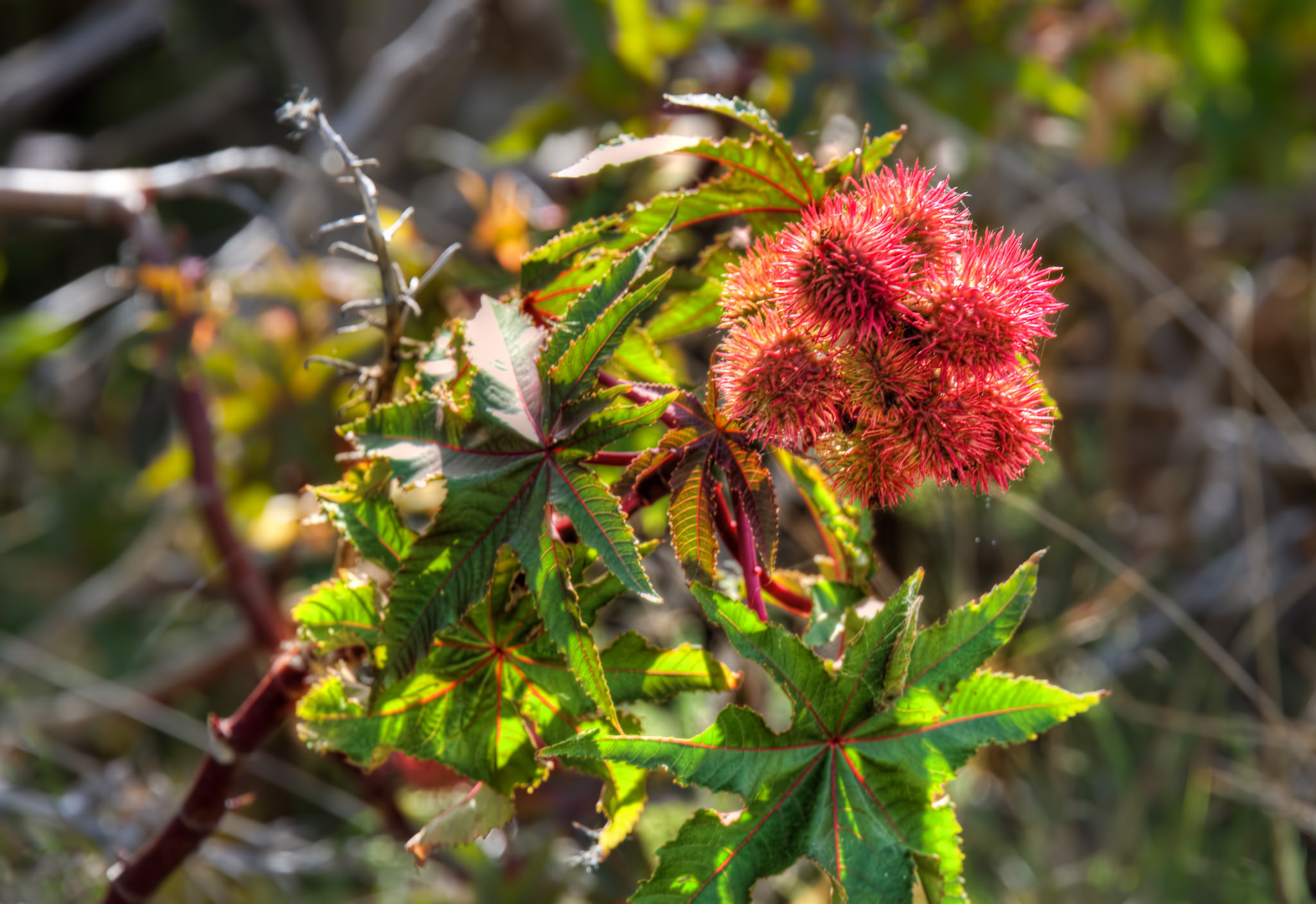 Castor beans are high in ricin, the effects of which can escalate quickly.

Redditor Rabzozo said their boss spent a week in the hospital after he set a fire in his yard and inhaling smoke that happened to contain compounds from castor plants.

But the Centers for Disease Control and Prevention says that “unintentional exposure to ricin is highly unlikely, except through the ingestion of castor beans.” 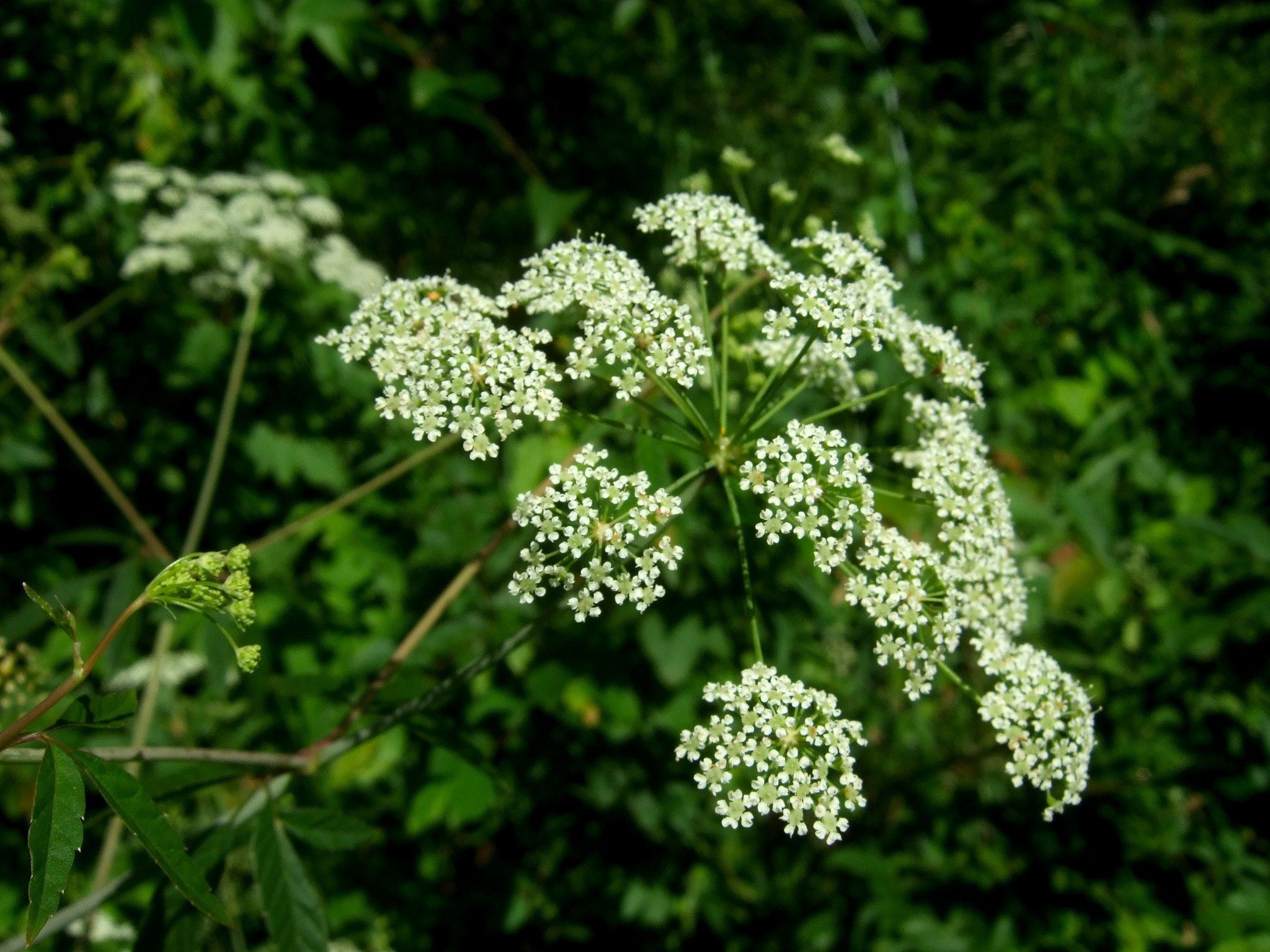 To tell the difference, remember that Queen Anne’s Lace has a single red blossom at the heart of its bunch of white flowers.

Water hemlock is one of the most common poisonous plants throughout the US and UK.

If you eat it, the plant can cause seizures that may lead to death. 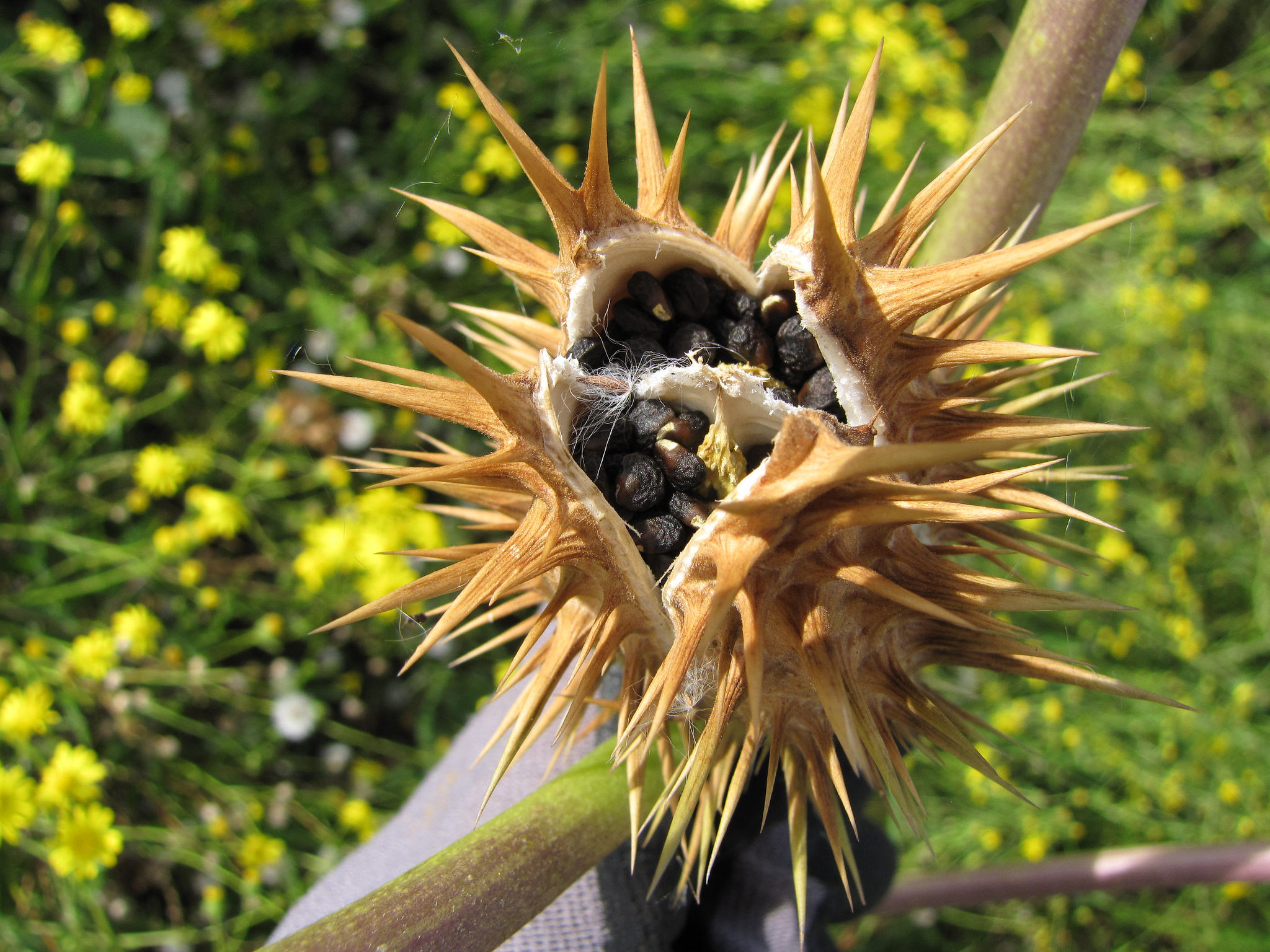 (Forrest and Kim Starr/Flickr/CC BY 2.0)

The old saying is that the kind of poisoning that comes from ingesting Angel’s Trumpet makes people “hot as a hare, blind as a bat, dry as a bone, red as a beet and mad as a hatter”.

Researchers have confirmed that this adage about the dangerous plant is true.

A 2006 study identified four Canadian teens who ingested Jimson Weed on purpose to experience its hallucinogenic effects. They all ended up in the ER, were aggressive and combative, and had to be sedated.

Three of them had to be placed in restraints because they were a danger to themselves and the staff.

People have also reportedly gone into comas or died after drinking tea made with the leaves of Devil’s Snare. 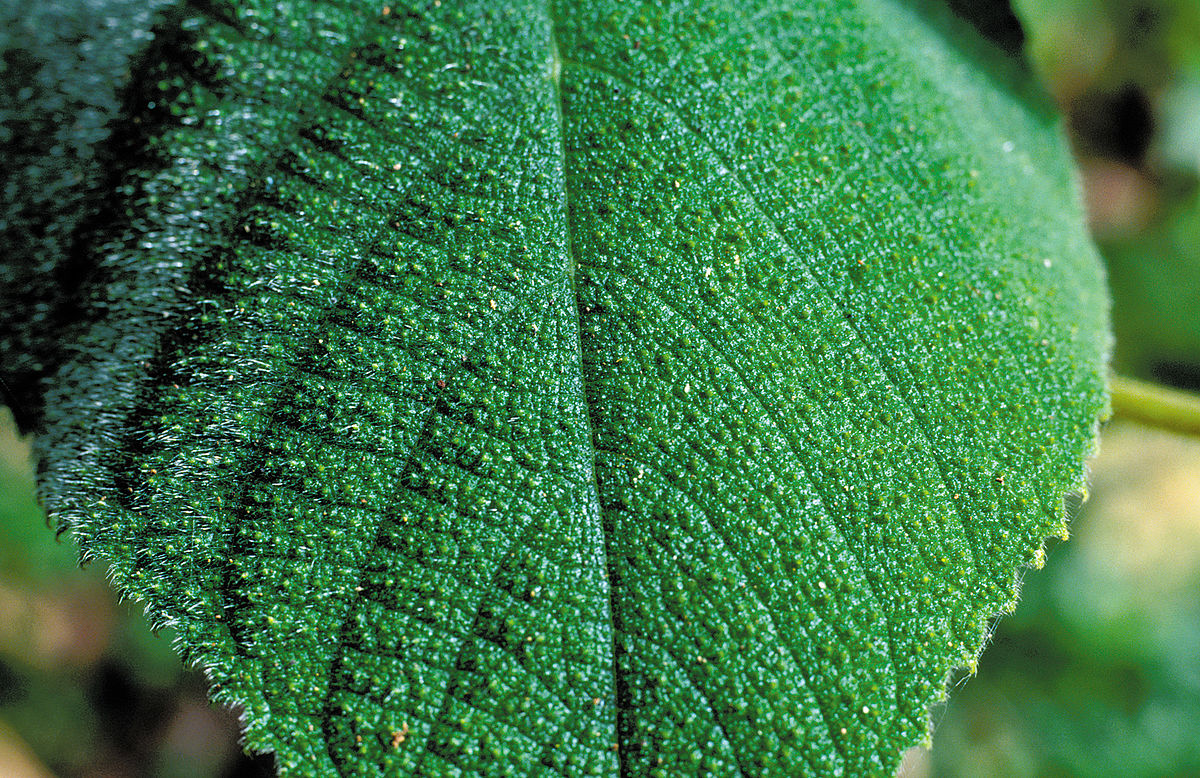 The Australian plant is covered with tiny, poisonous hairs that sting with one touch. If the hairs get stuck in your skin, they can continue to cause severe pain for several months.

The recommended treatment sounds as bad as the symptoms.

Scientist Hugh Spencer from the Cape Tribulation Tropical Research Station told Australian Geographic that you should wash the stung area with hydrochloric acid, then use wax strips to remove all the poisonous hairs.

If that doesn’t convince you of how terrible the Gympie is, this YouTube video shows what happens when a guy touches it on purpose. Spoiler alert: He’s in so much pain that he throws up. 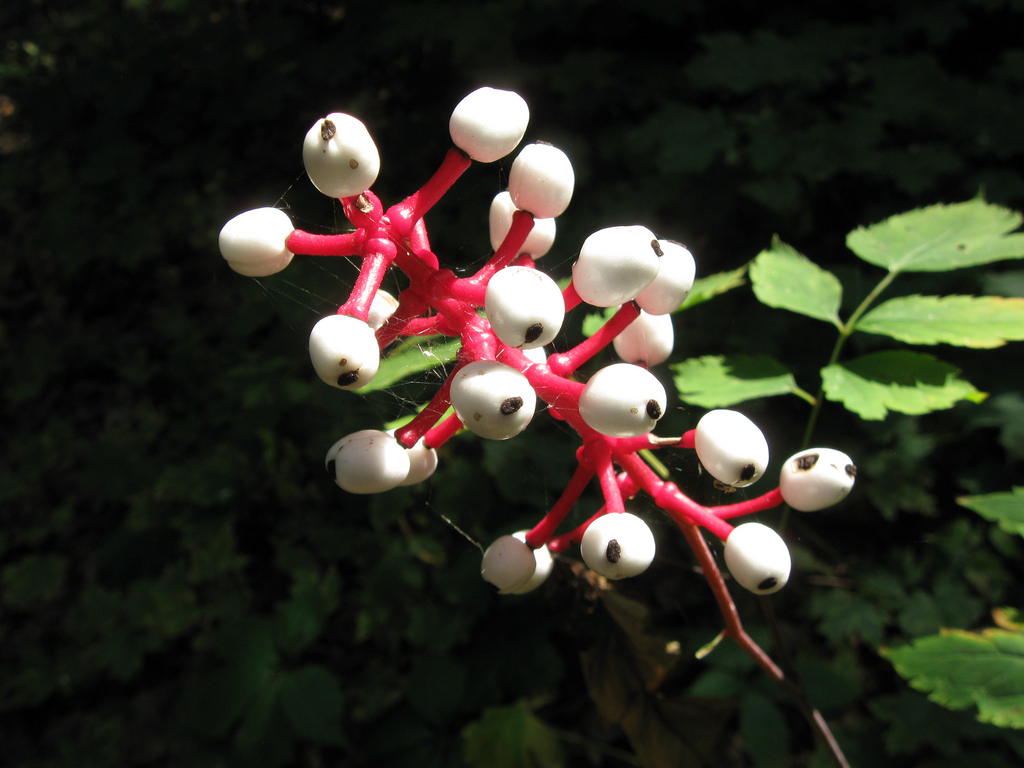 White Baneberry’s berries look like creepy eyeballs. One of its common names is also “Doll’s Eyes”.

These berries are extremely poisonous if you eat them, according to the Missouri Botanical Garden.

That’s why many animals avoid the plant. Humans should, too. 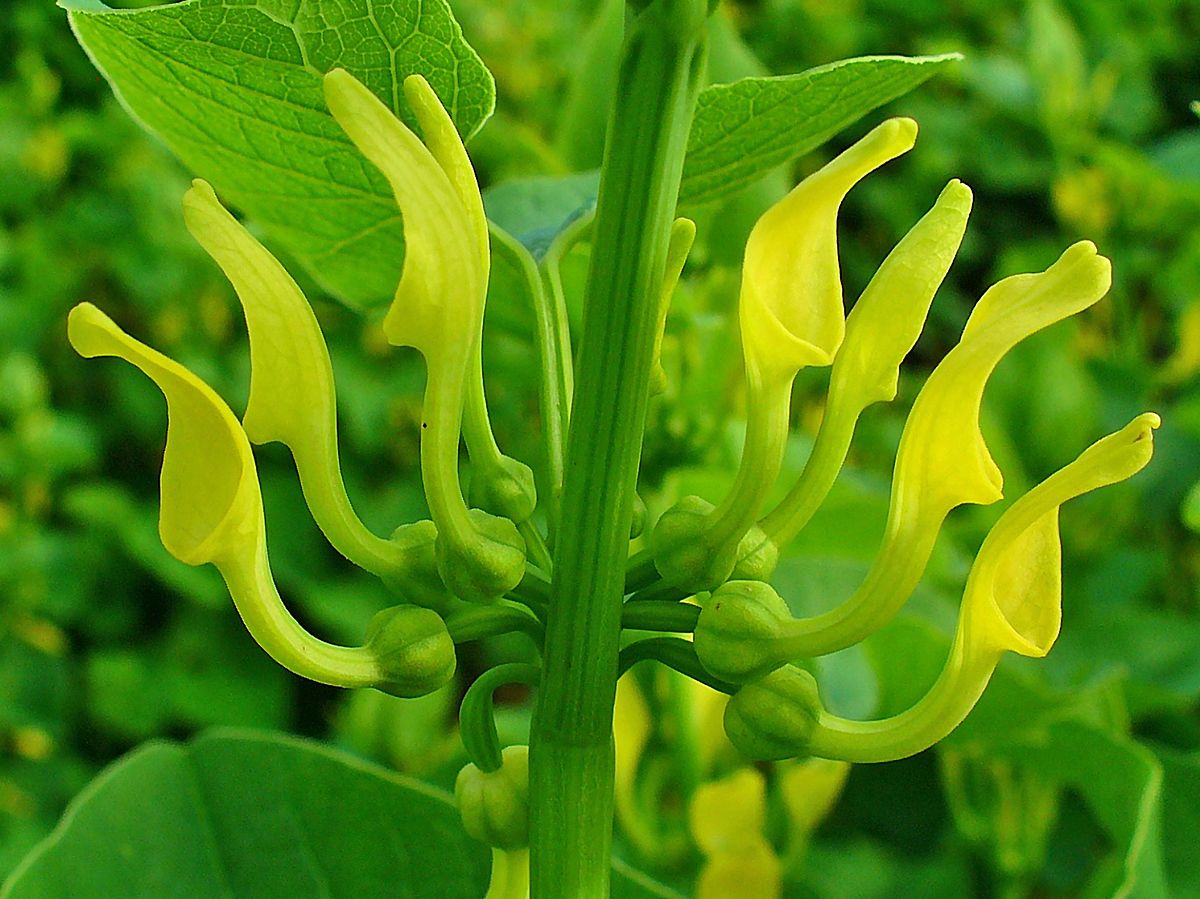 Birthwort is commonly used in traditional medicine, even though it can cause kidney failure.

The US Food and Drug Administration put out a warning encouraging consumers to stop taking “medicines” with aristolochic acid in them because of this side effect.

The plant’s roots and stem are full of this acid and therefore poisonous, so it’s best to avoid ingesting this altogether. 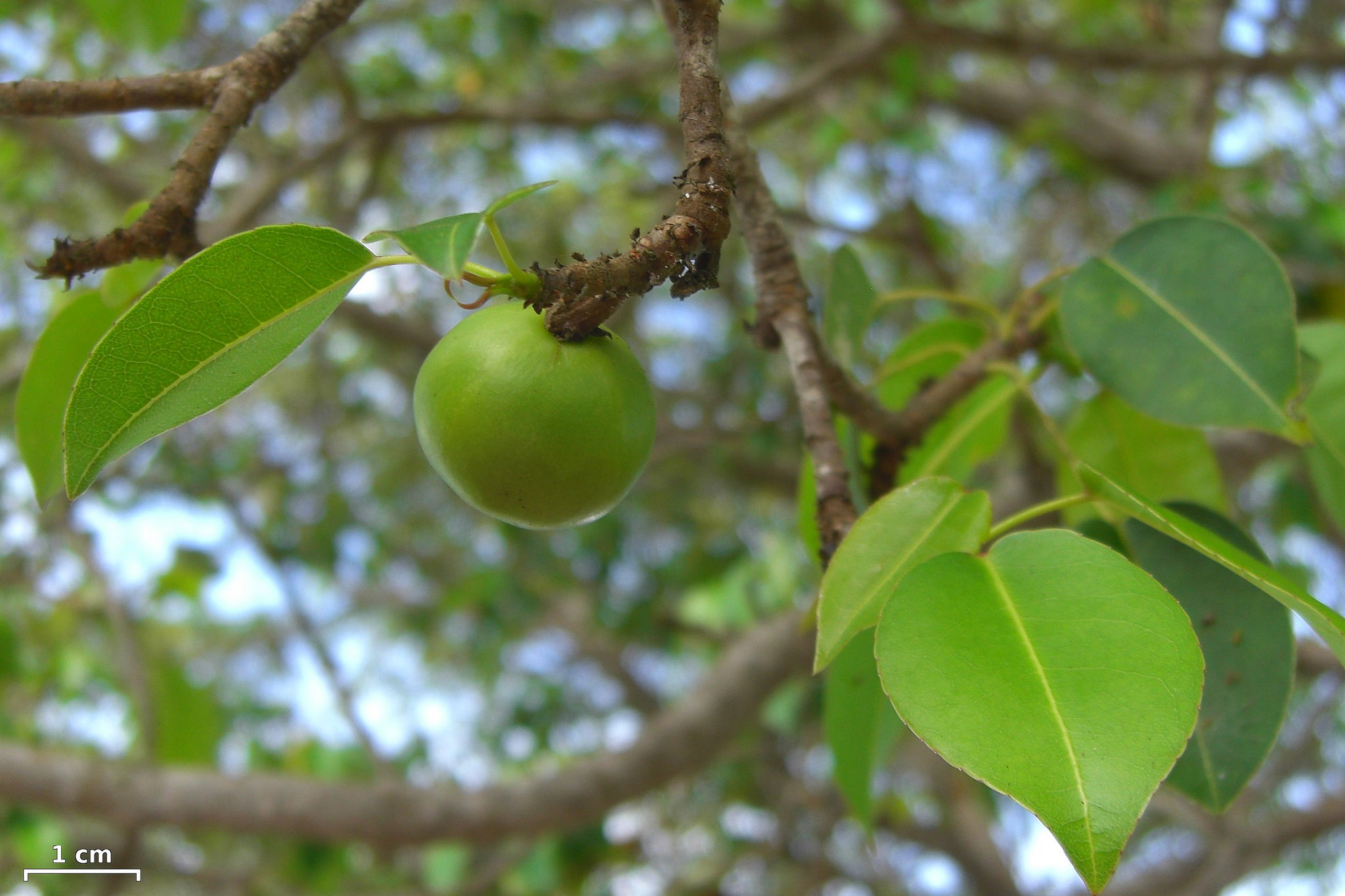 The Manchineel Tree is found throughout Central America and the southernmost United States.

In Spanish, it’s also known as the “tree of death” because you could die if you eat its fruit, which look like little apples.

Its sap can also cause painful blisters, and burning it can cause temporary blindness, according to the University of Florida.

Basically, all parts of the Manchineel can do some serious damage. Steer clear.

Dogs get dementia too sadly, but a simple habit seems to lower the risk
Extreme Heat Would Make Lots of Our Planet Dangerous by 2100, Scientists Warn
3 Ancient Burials Hint at Multiple Migrations of Ancient Humans Through Southeast Asia
The World’s Largest Experiment Simulating Dead Bodies in Suitcases Is Underway
Ancient Colossus Unearthed in Portugal May Be Largest Dinosaur Ever Found in Europe