Rescuers and volunteers were racing Monday to save about 100 pilot whales stranded on Sri Lanka’s western coast in the island nation’s biggest-ever mass beaching.

The short-finned pilot whales began beaching at Panadura, 25 kilometres (15 miles) south of Colombo, shortly before dusk and within an hour their numbers swelled to around 100, local police chief Sanjaya Irasinghe told AFP.

“With the help of local residents we are trying to push them back (into the ocean),” Irasinghe said.

“But they keep getting washed ashore. We are getting help from the navy to rescue these whales.” 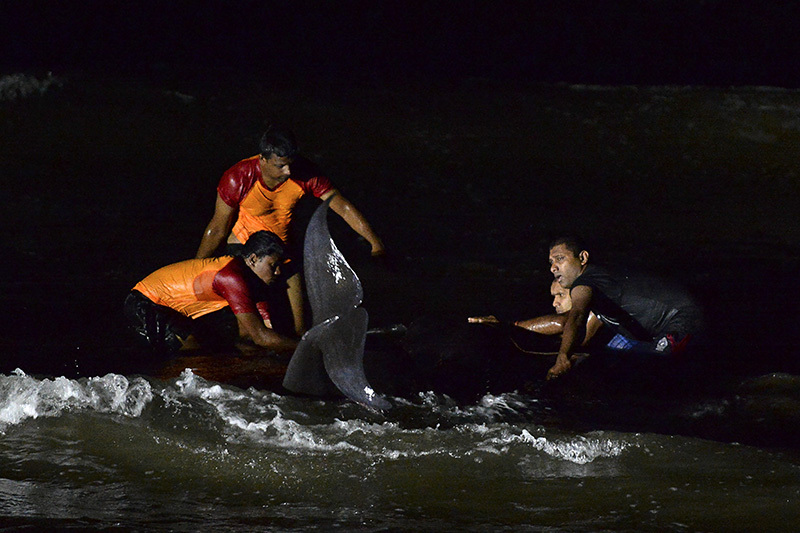 Sri Lanka’s Marine Environment Protection Authority (MEPA), which was sending their officials to help with the rescue operation, said it was the largest single pod of whales stranded in the South Asian country.

“It is very unusual for such a large number to reach our shores,” MEPA chief Dharshani Lahandapura told AFP, adding that the cause of the stranding was not known.

“We think this is similar to the mass stranding in Tasmania in September.” 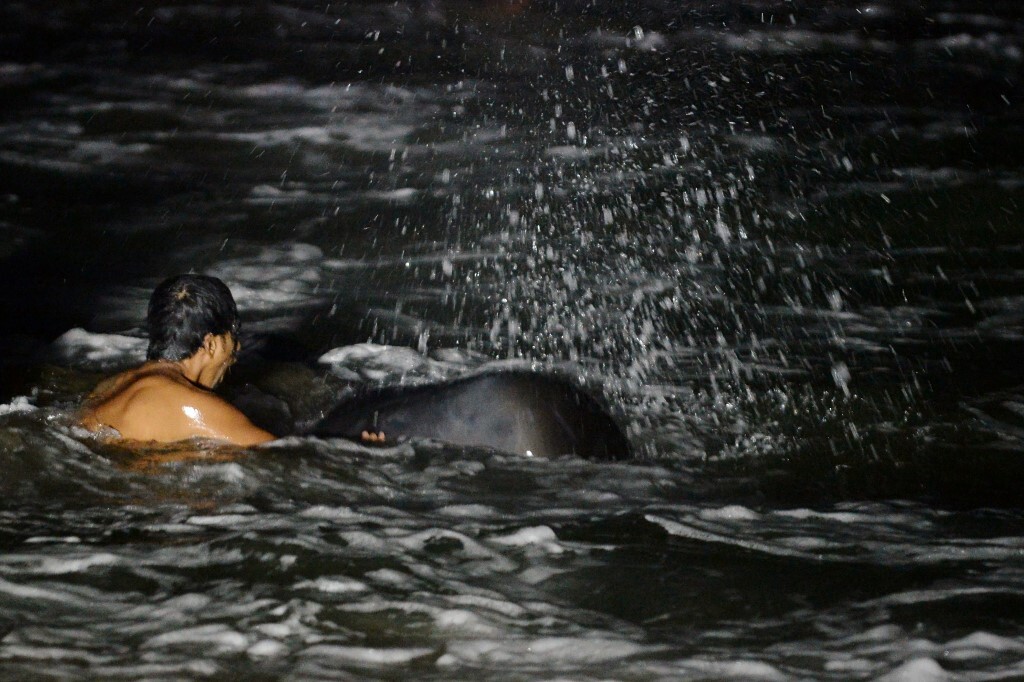 The beaching of 470 pilot whales in a remote harbour in Australia’s southern island state of Tasmania was the country’s largest-ever.

About 110 of the creatures were saved in a days-long rescue effort.

Pilot whales – which can grow up to six metres (20 feet) long and weigh a tonne – are highly social.

The causes of mass strandings remain unknown despite scientists studying the phenomenon for decades.

Strange earthquakes in Utah reveal volcanic activity hidden below the desert
How did this skull end up all alone in a cave in Italy? We finally have an answer
Scientists develop an ‘elevator’ to generate kelp for biofuels 4x faster than normal
According to one key measure, China just increased its innovation lead over the US
Update: SpaceX successfully landed Starship for the first time – before it exploded