The mysterious purple skyglow named STEVE was unmasked last year. Physicists proved that STEVE was not a new kind of aurora – in fact, it’s not any kind of aurora at all. But that still left one big, gaping question: What exactly is it?

The phenomenon has been known by photographers and aurora chasers for decades, who first gave it the nickname ‘steve’; but it only became known to scientists in 2016. They officially named it Strong Thermal Emission Velocity Enhancement (STEVE), and initially determined it was a type of aurora.

It appears as long, glowing ribbons of purple that stream across the sky, sometimes accompanied by a ribbon of striped green glow, referred to as the “picket fence”.

Now, using satellite data and ground photographs of the phenomenon, space physicists have located STEVE’s source region in space, and identified the mechanisms behind both STEVE and the picket fence.

The picket fence is caused by a similar mechanism to what causes auroras, although far closer to the equator than auroras are usually seen. 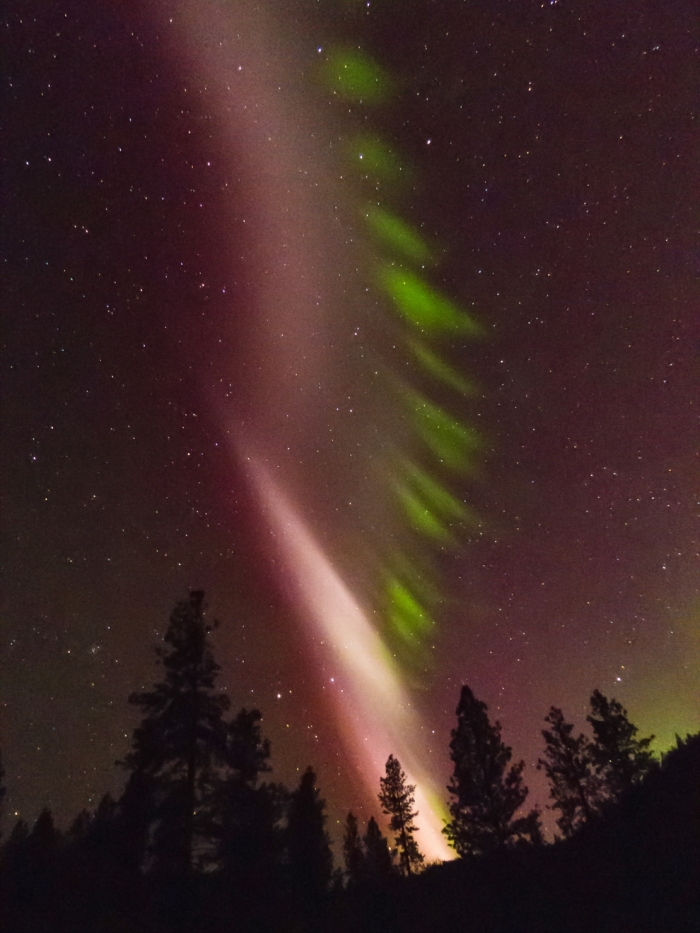 For STEVE, however, the flow of charged particles in the ionosphere creates friction; in turn, this generates heat, which is discharged as a beautiful purple glow. It occurs much higher in the atmosphere.

“The precipitating electrons that cause the green picket fence are thus aurora, though this occurs outside the auroral zone, so it’s indeed unique.”

The picket fence is actually pretty amazing. The team found that it’s caused by energetic electrons streaming into Earth’s atmosphere from thousands of kilometres away – a great-enough distance to occur in both Northern and Southern hemispheres simultaneously.

According to the satellite data, the high-frequency waves moving from the magnetosphere to the ionosphere can energise electrons and knock them out of the magnetosphere, creating STEVE’s stripey accoutrement.

Additionally, it only appears in the presence of aurora (although auroras can appear without STEVE, so he’s pretty clingy).

We also know that STEVE appears in both hemispheres, and is aligned East-West. These could all be clues that help scientists figure out why that charged particle river appears in the sky.

And, in turn, this could help us understand how charged particles flow in the magnetosphere and ionosphere – not least because they can affect satellite communications.

But that knowledge would also be likely very welcome in the community of aurora chasers and photographers – seekers of our planet’s beauty – around the globe.

The research has been published in Geophysical Research Letters.

Europe once had its own giant pandas, and they didn’t eat bamboo
Scientists Glimpse The Earliest Dark Matter Ever Observed in the Universe
Warm waters are rushing towards the world’s largest ice sheet, scientists warn
Earth Just Had Its Shortest Day on Record, Thanks to a ‘Wobble’
Explorers Just Discovered Australia’s Deepest Known Cave