Astronomers have been using the Dark Energy Camera (DECam) in Chile as a sort of baby monitor, keeping their eye on a region of nearby space absolutely packed with star nurseries.

The Large and Small Magellanic Clouds are the only two dwarf galaxies visible from Earth with the unaided eye, and luckily enough, they are also home to some of the most active star-forming regions in our Local Group of galaxies.

It’s not the first time we’ve tried to peek in and see what these newborns are up to, but it is the most penetrating look yet.

The Survey of the MAgellanic Stellar History (SMASH) took 50 nights of observation to map in high detail an area 2,400 times greater than the face of the full Moon. The results are breathtaking.

Images of the most complex regions in the Magellanic Clouds have now provided roughly 4 billion measurements of 360 million objects, which researchers hope to turn into a ‘home movie’ for this celestial family – one that potentially goes back 13 billion years.

“These satellite galaxies have been studied for decades, but SMASH is being used to map out their structure over their full, enormous extent and help solve the mystery of their formation,” explains astronomer David Nidever from Montana State University.

As gas within these clouds collapses, new stars continue to be rapidly born, and data from SMASH suggest this flurry of activity was initially triggered by a collision between the Large and Small Magellanic galaxies long ago.

Now, the two continue to orbit each other. One day far, far in the future, astronomers think both will be swallowed by our own Milky Way. 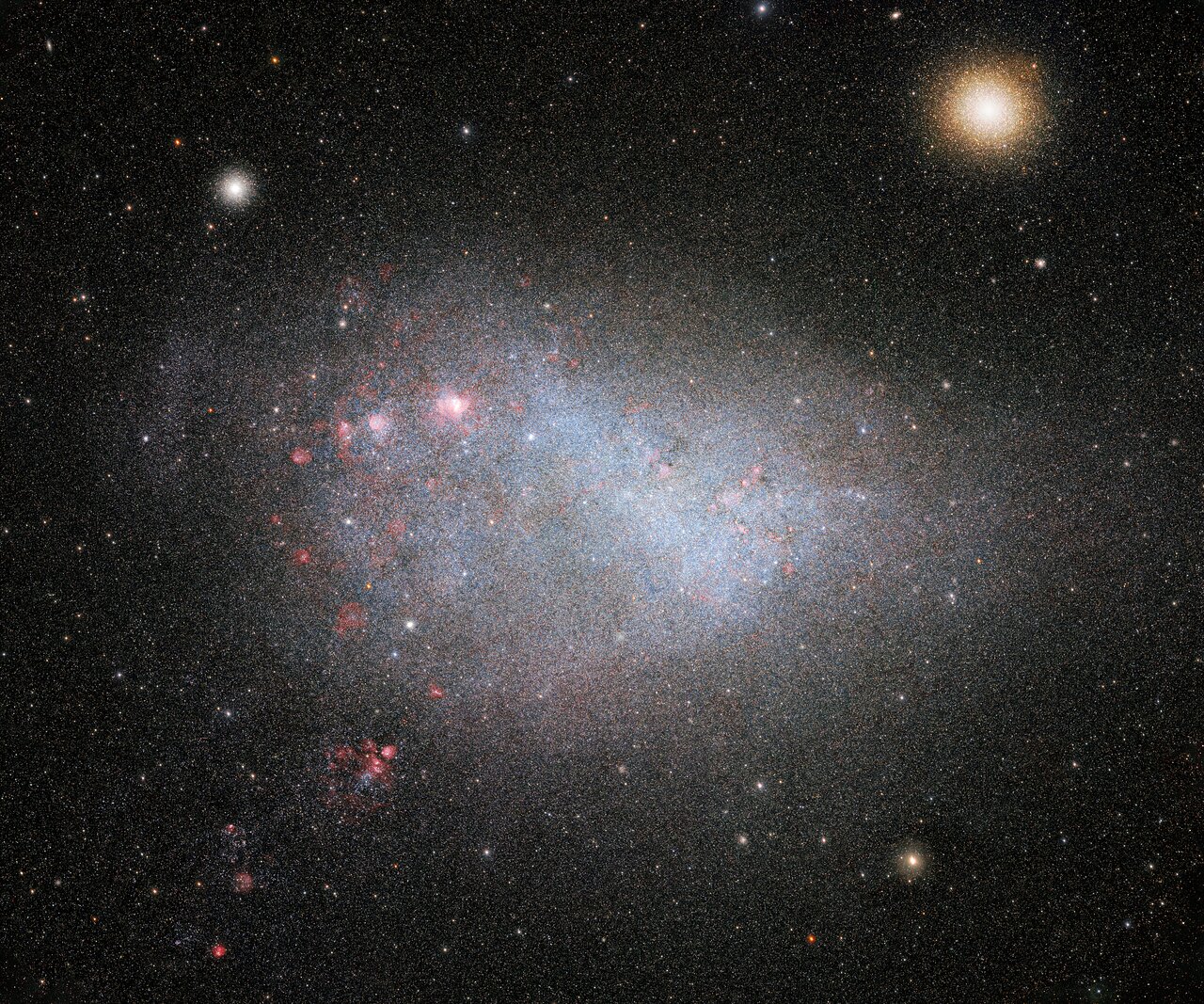 While the Magellanic Clouds are close by and rather small, mapping them in detail still requires deep and efficient imaging. The DECam – a massive camera built for observing millions of galaxies with the goal of understanding how dark energy pushes them apart – is a perfect tool for also keeping a close eye on these young stellar neighbours.

Using data obtained from DECam at the Cerro Tololo Inter-American Observatory in Chile, astronomers have probed right to the centre of the Magellanic Clouds, where many of the nurseries are found.

“Besides producing amazing images, these data allow us to look into the past and reconstruct how the Magellanic Clouds formed their stars over time,” says astronomer Knut Olsen from the United States National Science Foundation.

“With these ‘movies’ of star formation we can try to understand how and why these galaxies evolved.”

The paper was accepted into The Astronomical Journal and is available on arXiv.

Mysterious jets of upside-down lightning are real, and we just got our best look yet
Physicists finally measure a long theorized molecule made from light and matter
Earth’s Days Are Mysteriously Getting Longer, Scientists Say
Birds possess an amazingly dinosaur-like feature before they hatch from their eggs
Stunning New James Webb Image Reveals The Cartwheel Galaxy in Vivid Detail