A NASA plant experiment, which consisted of growing and harvesting chile peppers in space, broke a record for feeding the most astronauts from a crop grown in space.

The experiment also made history as the longest one to take place on the International Space Station (ISS).

It was the second time chile peppers had been grown in space. Insider’s Sinéad Baker reported in November that the first time around, the ISS crew used them in tacos, along with fajita beef and vegetables.

Matt Romeyn, chief investigator for the pepper experiment, told Insider on Friday that the crop production team at NASA did not expect to achieve the two records. 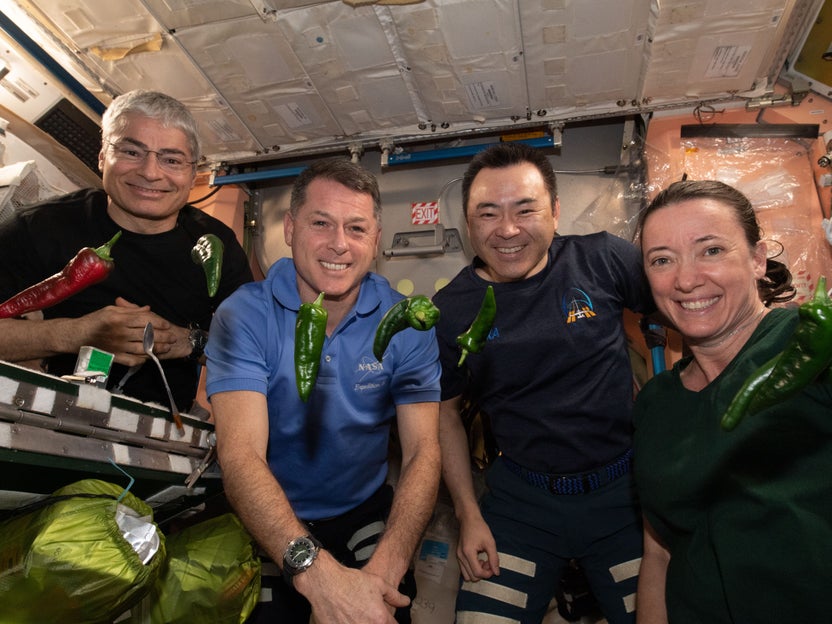 First harvest of chili peppers grown aboard the ISS. (NASA)

The chile pepper plants were slightly delayed in their harvest compared with their Earth testings, Romeyn said. This meant the experiment on the station could be extended for another 17 days.

The pepper seeds at the center of the Plant Habitat-04 experiment (PH-04) grew for four months before they were harvested in October.

The schedule “happened to take us beyond the changing-over from the Crew-2 astronauts to the Crew-3 astronauts, allowing a larger number of astronauts to have the chance to sample the peppers,” Romeyn said.

Romeyn previously spoke to Insider in May about how growing vegetables in space helped keep astronauts healthy.

The experiment involved taking a field cultivar of a Hatch chile pepper from New Mexico, dwarfing it to fit inside the plant habitat, and figuring out how to productively grow the first generally recognized fruiting crop in space. “This was all done over a span of a couple years,” he added. 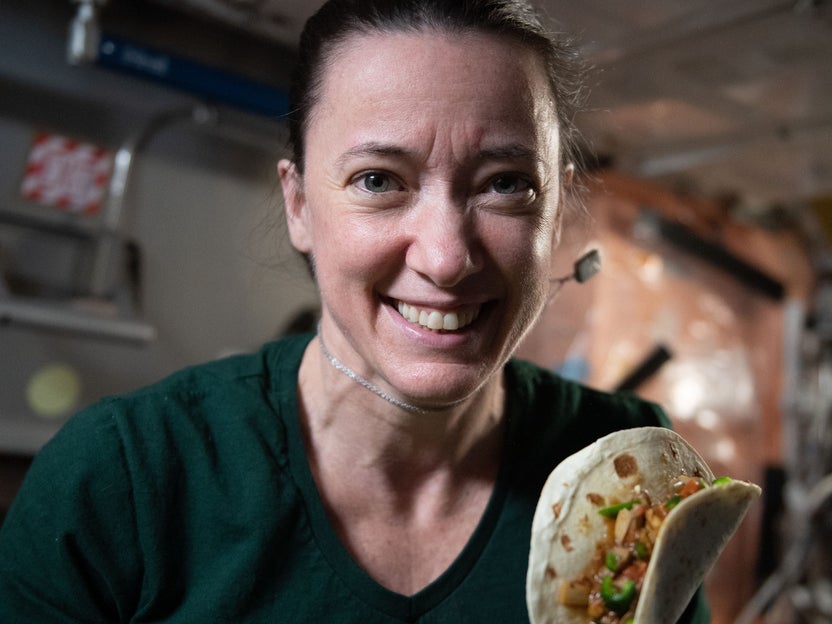 Tacos seem to be the most popular meal enjoyed among astronauts in space following the harvest of the chile peppers. Astronaut Kayla Barron posted recently on Facebook and Instagram that the crew ate the fresh peppers as part of a taco night.

“Thanks to the [pepper emoji], taco night was a huge success. 10/10 would recommend. Props to Mark for handling the prep work… the spice level was no joke,” Barron said.

According to Romeyn, the peppers were hot. “All indications are some of the fruit was on the spicier side, which is not unexpected, given the unknown effect microgravity could have on the capsaicin levels of peppers,” he said.

The agency said that following the success of the PH-04 experiment, the next crop that the team at Kennedy Space Center plans to grow include dwarf tomatoes and testing new types of leafy greens.

“We went into this experiment knowing it wouldn’t be easy to grow peppers in microgravity, but this experiment was a wildly successful demonstration that we’re on the right path for space crop production,” Romeyn said.

The goal for these experiments is to enable a viable and sustainable crop production for future long-duration missions to the moon and eventually Mars, he added.

Here’s How The Sound of Mosquitoes’ Mating Rituals Could Help Us Control Malaria
The Flame Nebula Blazes Like a Cosmic Bonfire in This Stunning New Image
Beetle larvae on US university campus found to jump in a completely unknown way
The 6th mass extinction really has begun, scientists warn in newly published study
This medieval Italian man replaced his amputated hand with a knife