For a quarter of a century, the ESA-NASA Solar and Heliospheric Observatory (SOHO) has been essential in helping scientists understand the heart of our Solar System, the Sun.

The SOHO mission launched 25 years ago this week, and to celebrate, ESA compiled a wonderful mosaic of images, and NASA put together a remarkable SOHO “greatest hits” timelapse video.

“SOHO has been a cornerstone of modern solar physics and launched many careers, including my own,” said professor Peter Gallagher, Director of Dunsink Observatory in Dublin Ireland, and Head of Astrophysics at the Dublin Institute for Advanced Studies (DIAS).

“My research group – and many others – continue to use SOHO data 25 years later. It is an amazing mission.”

As evidence, nearly 6,000 scientific papers have been published based on SOHO data.

SOHO was launched on 2 December 1995 and was only designed to last for two years. But the spacecraft showed itself to be a workhorse, and the mission was so successful that ESA and NASA decided to prolong its life several times, granting several mission extensions.

Astrophysicist Karl Battams, who is the principal investigator for one of SOHO’s instruments, the LASCO coronagraph, said on Twitter that when he was an undergrad (in approximately 2001), his solar physics professor “told us that if we had any solar phys textbooks published before SOHO, we should not use them for her class. SOHO literally re-wrote the books on solar physics!”

It has been, and continues to be, an absolute honor and privilege to work on such an incredible mission, with such an amazing team of scientists and engineers! To also now be PI of the SOHO/LASCO coronagraph is just so far beyond what I could ever have imagined. 🥰

Some of the highlights of SOHO’s revelations are:

The mission was launched to provide a comprehensive look at our Sun, and was specially designed to help understand the flow of energy and material from the Sun – the solar wind and coronal mass ejections.

The main goals were to determine the structure and dynamics of the solar interior, learn more about the solar corona, and find out where the solar wind is produced and how is it accelerated.

The scientific payload of SOHO comprises 12 complementary instruments, (see a list of the instruments here) developed and furnished by an international consortium of 29 institutes from 15 countries.

More than 1,500 scientists in countries from around the world are either directly involved in SOHO’s instruments or have used SOHO data in their research programs.

LASCO, the Large Angle and Spectrometric Coronagraph has recorded over 1.5 million images since the mission started. During a Reddit AMA this week to celebrate the anniversary, Battams was asked if has any favorite images.

“There have been so many mind-blowing images that I absolutely cannot pick a single one,” he said. But he highlighted two favorites. The first is one from the LASCO C2 coronagraph, and was taken 1998, [above]. It shows a stunning helical structure in a coronal mass ejection (CME).

The second one shows a CME reaching out towards comet C/2002 V1 (NEAT) back in 2003. “This was a rare instance where the CME actually passed right over the comet and we saw a little interaction between the CME and the comet tail,” Battams said during the AMA. “CMEs are entirely harmless to comets structurally, but the magnetic field embedded in them can mess around with dust in the comet tails.”

But SOHO’s 25 years haven’t been with a few nail-biting incidents. Two and a half years after launch, in June 1998, the mission almost ended following a routine spacecraft maneuver.

Contact was lost, the mission was thought to be over. But the engineering and science teams worked painstakingly for three months, and finally used a technique called bistatic radar to find and re-establish contact with SOHO. 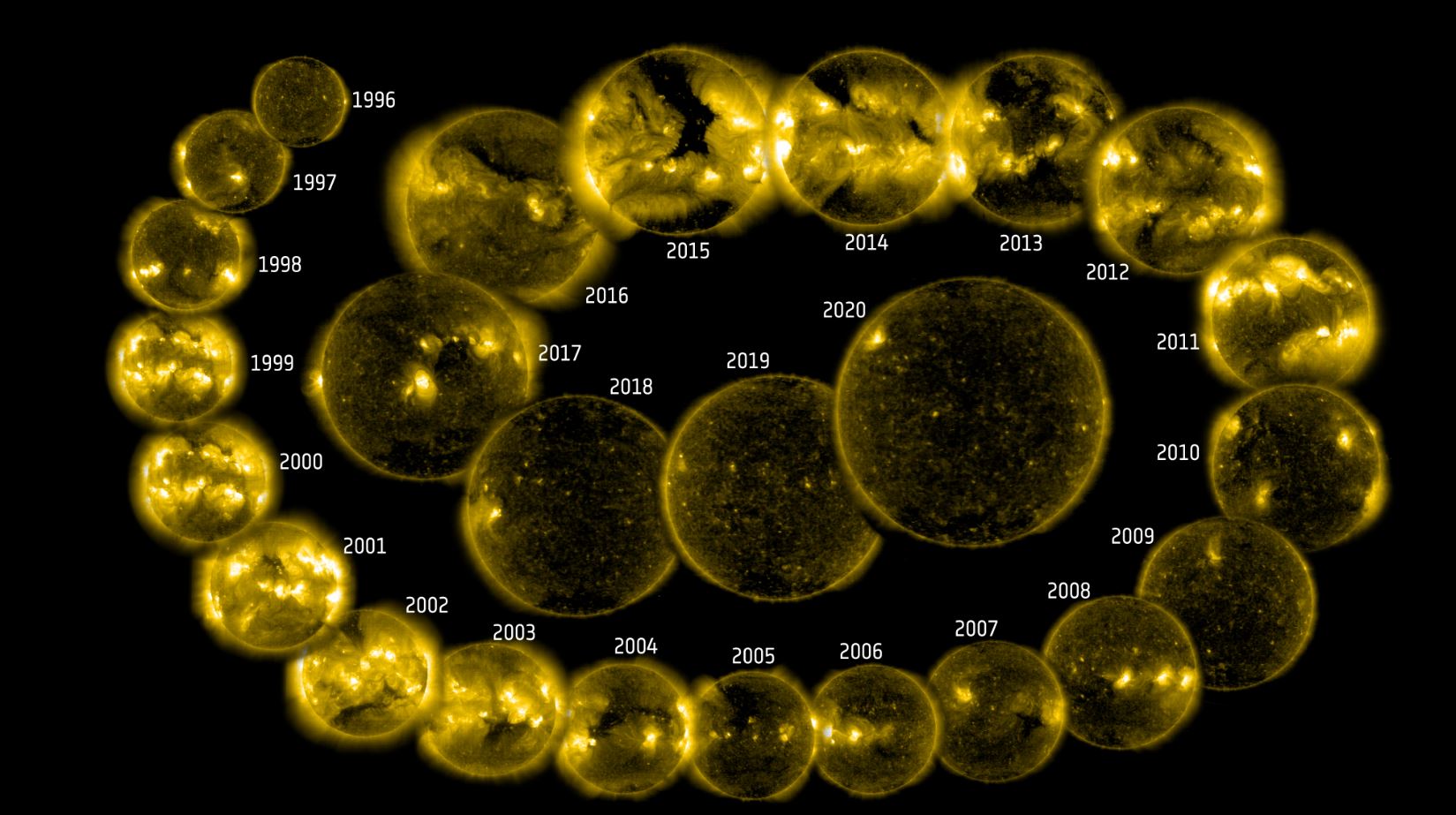 They used the Arecibo Observatory in Puerto Rico to transmit a signal toward SOHO and one of the Deep Space Network dishes in Goldstone, California acted as a receiver, locating the spacecraft’s echo and tracking it using radar techniques.

The team managed to bring the mission back online, with all of the instruments surviving the extreme temperatures of the blackout. The rescue was one of the most dramatic rescue actions in space, perhaps second only to Apollo 13.

But ever since, SOHO has remained a stalwart and is now working in concert with other solar missions, such as the Solar Dynamics Observatory, STEREO, and the Parker Solar Probe. The SOHO team hopes that in five years, we can celebrate more new imagery and data on the mission’s 30th anniversary.

These Dwarf Galaxies Seem to Be Devoid of Dark Matter, And It Doesn’t Make Sense
Explorers Just Discovered Australia’s Deepest Known Cave
An interstellar object may have struck Earth. Scientists plan to search the ocean
New study may explain why not all birds are actually bird-brained
The Universe could ‘bounce’ for eternity. But it still had to start somewhere