Elon Musk’s Boring Company, founded in late 2016, has only sold merchandise so far. But this week, it announced plans to build a 3-mile (5-kilometre) tunnel that could transport people in Los Angeles to Dodger Stadium in just four minutes.

The Boring Company says its new tunnel to Dodger Stadium will be the first public operational version of its transportation system, which can carry 8 to 16 people on “electric skates” that can travel anywhere between 125 and 150 miles per hour (200 and 240 km/h).

You can learn more about The Boring Company’s “Dugout Loop” on its website.

The Boring Company currently lists four projects in the works, including the Dugout Loop, a test tunnel in Hawthorne, California, the “Chicago Express Loop” that connects O’Hare Airport with downtown Chicago, and a proposed loop to connect Washington DC and Maryland. 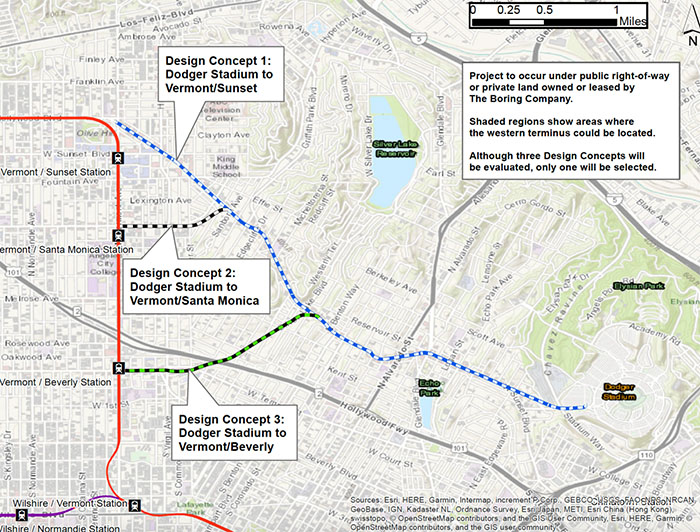 The timing of the announcement is curious, to say the least

Elon Musk has needed some good press after what has been a rough week for the billionaire tech CEO.

But over the weekend, rapper Azealia Banks – who said she was staying at Elon Musk’s house that weekend with her friend, the artist Grimes, who is dating Musk – claimed that Musk was “in the kitchen tucking his tail in between his legs scrounging for investors to cover his arse after that tweet.”

But Musk’s tweet about securing funding has attracted the attention of the Securities and Exchange Commission, which has reportedly sent subpoenas to Tesla this week about the company’s plans to go private.

According to The Wall Street Journal, the SEC wants to know whether Musk’s tweets about taking Tesla private were truthful.

On Wednesday night, Tesla whistleblower Martin Tripp shared images and photos that allegedly came from inside the company. The images claimed to show vehicle identification numbers of Tesla cars that contained allegedly damaged batteries, and trailers full of battery waste that were being stored improperly.

Tesla says Tripp’s claims and photos are categorically false, but between the SEC probe and the whistleblower’s claims that Tesla was handling waste and safety protocols improperly, it’s easy to see why Musk would welcome a news cycle that wasn’t centered around Tesla.

It’s been a tough year for Elon Musk, who even teared up at a Tesla shareholder meeting a couple of months ago after months of questions about Tesla’s finances and production goals, saying it had been “the most excruciating, hellish several months I’ve maybe ever had.”

The headlines surrounding Musk and Tesla have been more negative than positive lately, as investors, shareholders, and others have looked for answers to the numerous questions that have come up.

Clearly, people have a lot of questions about Musk’s plans for Tesla. But there’s a good chance that’s why we’re hearing about The Boring Company right now: It’s a newer company built on an exciting and futuristic premise, with not nearly as much baggage accumulated compared to Tesla.

Always exciting to see innovative ideas like the proposed Dugout Loop to @Dodgers Stadium that could help ease congestion on our roads and make our most iconic destinations more accessible to everyone. https://t.co/vleQtpUqnt

Gorillas Have Invented A Unique Vocalization to Get Zookeeper’s Attention
Scientists Just Broke The World Record For The Most Powerful Stable Magnetic Field
Many Cat Lovers Are Giving Their Cats Unwanted Affection, Study Suggests
Deep-Sea Sponges can ‘sneeze’ out mucus, and the footage is weirdly mesmerizing
These spiders look like they’re in REM sleep… which could mean they’re dreaming